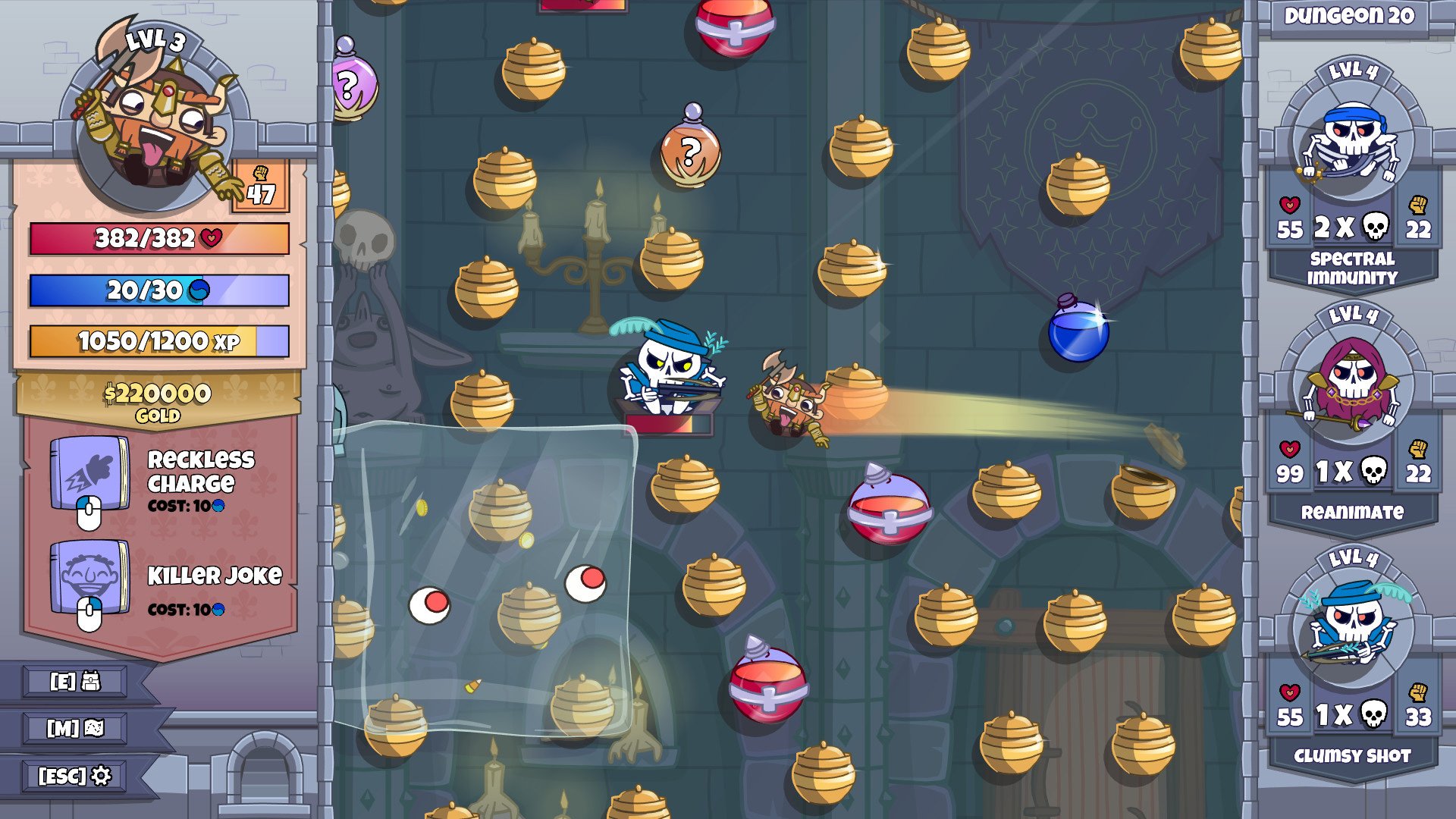 After popping up at conventions in 2019 including PAX’s Indie Megabooth and MomoCon’s indie showcase, Roundguard is hoping to slide into our jam-packed March gaming schedule (if there’s any room left whatsoever). The bouncy dungeon-crawler is out for Nintendo Switch, Xbox One, and Steam on March 13, 2020, with a PS4 version and “one more unannounced platform” coming soon.

The trailer tells me almost everything I need to know – “Peggle with character stats” is a pretty enticing pitch – so I’ll just add that yes, there is permadeath. Once you run out of HP, “you’ll have a chance to bring a special trinket with you on your next run to help even the odds. The more gold you grab before dying, the better your chances to collect one of the most powerful trinkets for your next run.”

I particularly like that you have some action-oriented abilities in Roundguard, so it isn’t just a matter of painstakingly lining up that initial pachinko shot and then passively watching your fate unfold.