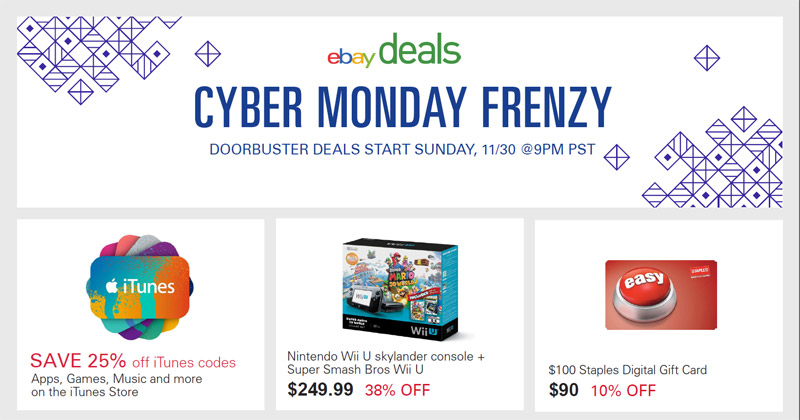 Deals brought to you by the crew at Dealzon. FYI: sales from certain retailers go toward supporting Destructoid. We’re updating this post through Monday.

If you’re done with waiting in lines at the stores on Black Friday, you now get a second try online with Cyber Monday deals. (Honestly, at this point, they’re both the same thing.)

We’ll skip the formalities and go straight to the deals. Below you’ll find each console section and its respective goodies. Judging against what we saw during Black Friday, it seems Cyber Monday prices are a bit less aggressive. Then again, the really good stuff is almost always released unexpectedly – check back for updates.

This post will be updated through the next few days as the spices deals flow in.

We’ll also be updating this post with the available game deals once we’ve sorted through the good/bad apples.