Valentine’s Day inspires a variety of emotions. While love is in the air for many, cupid has more sinister plans for a select few. A poor Valentine’s Day for an average person might include seeing a movie alone or a solitude induced weep-fest. For the videogame characters below, the luxury of loneliness is miniature in comparison.

Take a look at ten relationships gone awry in the worst ways possible. 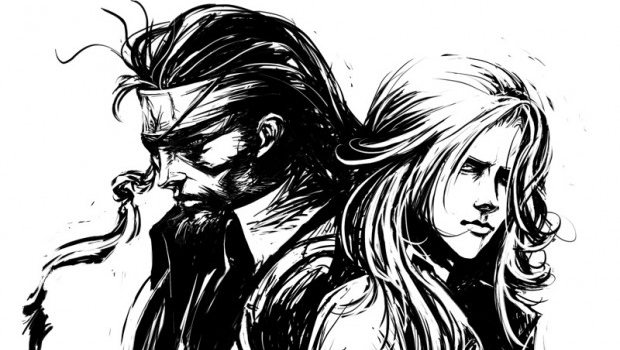 Love can blossom anywhere. If the Metal Gear series has taught us anything (besides the usefulness of a cardboard box) it is that romance is especially prominent on the battlefield. Why would bullets, explosions, and a team of evil super soldiers deter one from indulging in a little affection?

While Big Boss fought off Eva’s motive-driven advances, he was unable to resist her overt feminine charm indefinitely. After a romantic encounter complete with wine, a fireplace, and a bear skin rug, Eva skipped town, leaving the battle-hardened veteran heart-broken and empty handed. I guess Snake would’ve been better off sticking with his M1911A1. 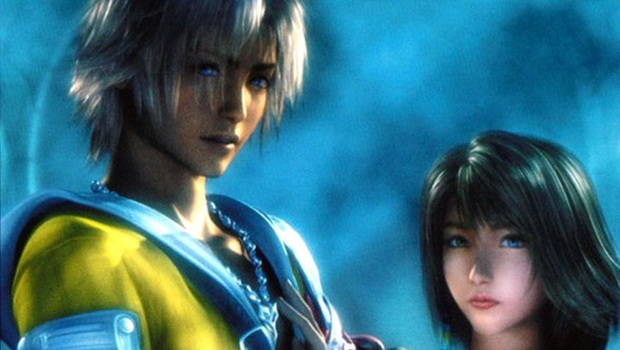 Ah, there’s nothing sweeter than teenage love. Combining raging hormones with the responsibility of saving a world tormented by perpetual death is certainly a unique formula for passion. During their pilgrimage to defeat the ever-returning nightmare Sin, Tidus and Yuna found romance as a convenient way to ignore the foreboding reality of their quest: Yuna’s death.

Throughout a series of plot twists and extensive battles, players save Yuna from her sinister fate. Too bad the protagonist Tidus turns out to be from a dream world and disappears into a poof of nothingness. 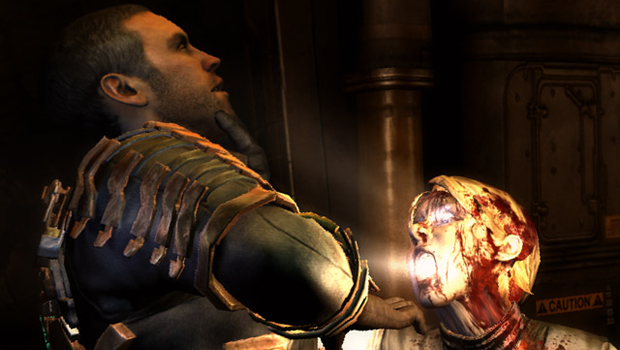 The horror genre isn’t ideal for heartfelt connections. The closest that scary games often get to featuring physicality is through a zombie bite to the neck. Too bad no one sent the memo to Isaac Clark. What started as a standard repair job on the intergalactic mining vessel the USG Ishimura, quickly turned into a terrifying test of survival among reanimated corpses and alien monsters.

Did I mention that his girlfriend Nicole was stationed aboard the ship? I’m sure you know where this is going. Not only does the poor systems engineer discover that his girlfriend has been dead since before his arrival, he develops mental instability causing him to see visions of her, courtesy of an alien artifact. Thanks, Nicole, insanity is a perfect parting gift. 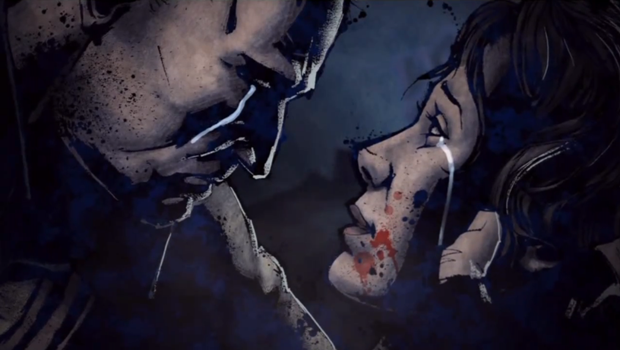 There are very few actions in life that cannot be forgiven. Being held responsible for an explosion that wiped out a chunk of a city, killing thousands, would definitely be one of those unforgivable moments. Ever since The Blast, Cole’s relationship with his girlfriend Trish took a turn for the worst. Blaming him for the death of her sister, Cole became a monster in her eyes.

In an effort to win back her trust, the now super-powered hero went above and beyond to assist Trish and the citizens of Empire City. Just as affections were beginning to turn around, Trish was kidnapped, forcing Cole to make a difficult choice. Save the love of his life, or save a team of doctors; serve his personal desires or act on behalf of the greater good. Either way, Cole is pretty much screwed. Choose Trish and she spends her last dying breath describing how much she despises what Cole has become. Rescue the doctors and Trish praises his decision yet still dies from her injuries. Lose-lose situation is an understatement. 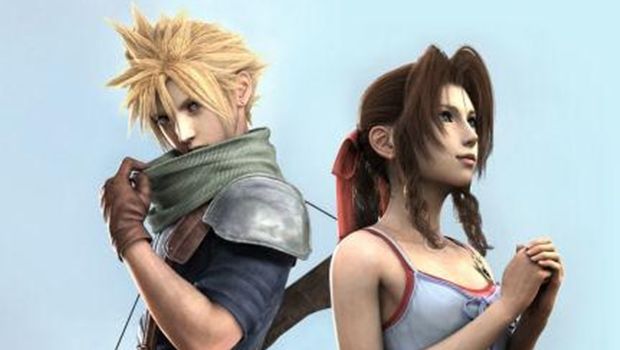 What does a spiky-haired soldier, an innocent flower girl , and a well-endowed bartender have in common? In the boring arena of reality, absolutely nothing. Within the fiction of videogames however, the trio arguably represent the most notable love triangle in the gaming world. Regardless of who the player chooses to pursue as a romantic interest, Aerith or Tifa, fate intervenes in the cruelest way possible.

A scene of tranquility is instantly transformed into the epitome of shock, alarm, and terror. While praying at an alter, the silver-haired villain Sephiroth seemingly appears from the heavens and impales Aerith with his eight-foot-long Masamune. In an instant she is gone, collapsed in Cloud’s arms. To hit the point home, Aerith’s theme song begins to play in the background, and the reality that Final Fantasy VII actually had the audacity to kill off a main character halfway through the game, is fully realized. 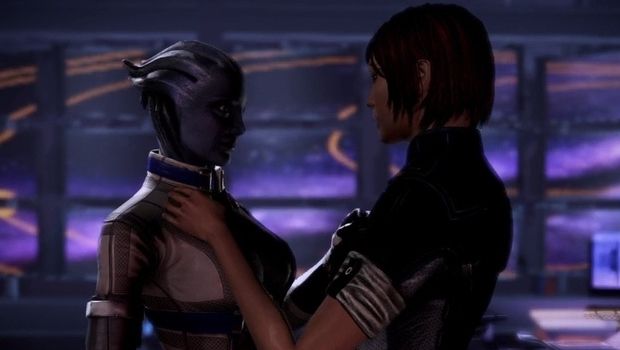 Saving the galaxy from sentient machines may seem like a tall order, but after three installments of the Mass Effect series, it’s pretty safe to say that Commander Shepard always finds a solution. Whether through diplomacy or a firefight, humanity’s savior has proven to go above and beyond the call of duty. This applies both on and off the battlefield. Seducing a slew of men, women, and alien crew mates is all fine and good, but the end of the world has a way of offering a sobering reminder as to what is at stake. There will be no civilian life for Shepard and her partner; no white picket fence and no blue children. Ensuring the survival of the entire galaxy is not a job that one simply comes back from. All that can be said between the larger-than-life figure and her significant other is a somber goodbye before the true suicide mission commences.

At the end of Mass Effect 3, the hero alone ventures into the depths of the Reaper operated Citadel. The first human Spectre is given a choice that will forever alter the course of the galaxy, to end the cycle of destruction that has continued in secret for millennia. Ultimately, Shepard’s decision opens a new chapter for the galaxy, while putting an end to her own. Whether truly dead or not, Commander Shepard’s closest squadmate is forced to hang her name on the Normandy SR2’s memorial wall. In an act of remembrance signifying Shepard the soldier, the legend, and the human being.

Shadow of the Colossus – Wander and Mono 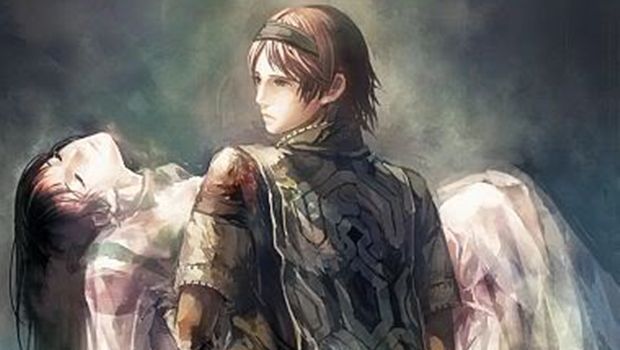 Love has the power to transform a young man into a hero; a vigilant civilian into a seasoned warrior. In the case of Wander, the desire to revive his romantic interest Mono, inspires him to commit a laundry list of questionable choices. Stealing an ancient sword is risky yet understandable. Entering a forbidden land is yet another precarious decision. But following the instructions of an ominous, obviously evil, being is a step in the wrong direction. Whether due to naivety or injudiciousness, Wander proceeds to slay 16 enormous colossi in the hope that his new “ally” will reawaken the beloved maiden.

Instead, the sinister lord Dormin possesses his body, transforming Wander into darkness incarnate. In the end, Mono successfully opens her eyes and returns to the land of the living. Wander, however, regresses to the age of an infant, marked with horns upon his head to signify a curse. As the only bridge connecting the forbidden land from the rest of the world falls, only Mono, altered Wander, and his trusty steed Agro remain. The two are together again, yet they are worlds apart. Alive but isolated in a land of danger and mystery.

The Darkness – Jackie and Jenny 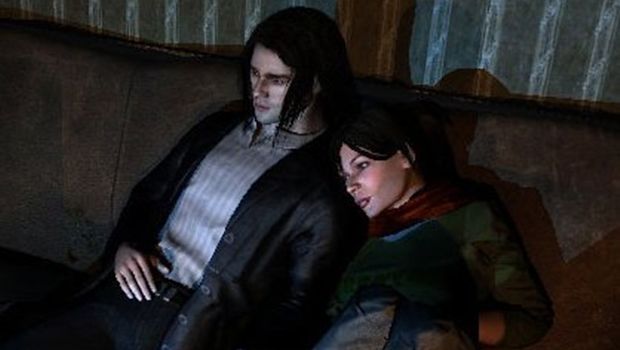 Hit man with a heart of gold may seem like an oxymoron, but in the case of Jackie Estacado, the seemingly opposing identities are more than true. After the death of his parents at a young age, Jackie was sent off to an orphanage where he met the love of his life, Jenny Romano. Their childhood friendship blossomed into an adult romance; a relationship seemingly too good to be true. Unfortunately, Jackie’s profession would be the factor to catalyze the sudden change from conjugal bliss to marital tragedy.

On the eve of his 21st birthday, Jackie was targeted in an assassination attempt by his own organization due to fears that he was attempting to take over the Franchetti Family. In an effort to shake Jackie at his core, Don Uncle Paulie kidnaps Jenny and travels to the orphanage from their youth. Jackie arrives in a homecoming of sorts to witness his enemies berating Jenny. In a scene of absolute helplessness,  the Darkness seizes Jackie’s body, preventing him from intervening as the Don raises his gun to Jenny’s face. Boom. Jenny crumples to the floor and the antagonists escape. Even through suicide, Jackie is unable to find peace. The Darkness cannot live without its host, and thus he returns to the land of the living, forced to continue his existence as a pawn of the malevolent being.

Gears of War 2 – Dom and Maria 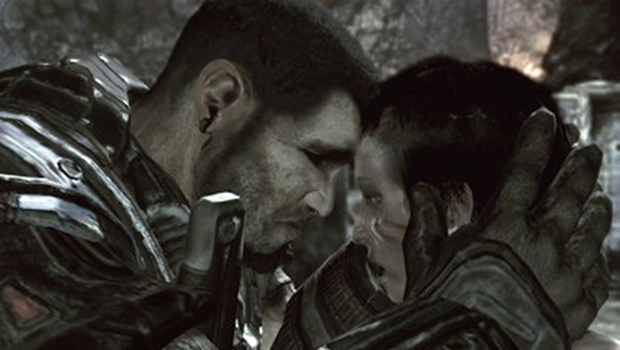 Battling for humanity’s survival against a horde of reptilian humanoids may seem like a challenging feat, but the steroid-pumped, macho men of Gears of War claim otherwise. Corporal Dominic “Dom” Santiago, one of the elite soldiers chosen to fight against the Locust, is forced to not only deal with the hardships of war, but also with an internal struggle fueled by the death of his children and disappearance of his wife Maria.

When news is received about her whereabouts, Dom trudges through hordes of alien forces to her rescue. The good news is Dom finds his wife alive. The bad news is she is malnourished, scarred, and mentally broken from the torment of slave labor. In the ultimate display of love, Dom ends her suffering with a single bullet to the head. Damn.

God of War – Kratos and Lysandra 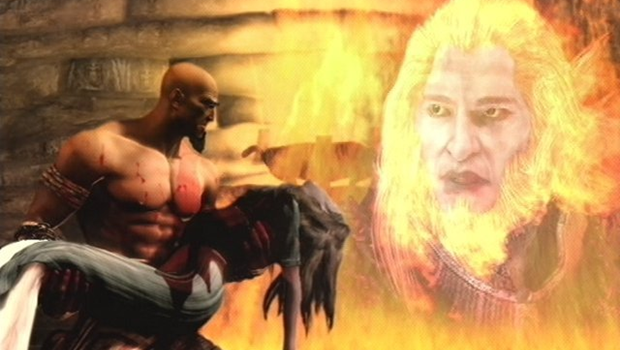 Kratos may be Sparta’s most prominent ladies man, boasting encounters with countless women and even the Goddess of Love, but he wasn’t always the king of promiscuity. Before the demigod was known to partake in threesomes with advanced button-pressing sequences, he was a devoted husband and father. In a desperate move during a losing battle, the Spartan devoted his allegiance to the god of war Ares in return for victory against enemy Barbarian tribes.

Through a twist of fate fueled by Kratos’s thirst for power, he was tricked by Ares to raid a nearby village. Blinded by Ares’ power,  Kratos slaughtered every man, woman, and child in the village, including his own wife Lysandra and child Calliope. If that wasn’t enough, Kratos was cursed by a village oracle, forcing him to forever wear the ashes of his dead family on his skin. From that day forward, Kratos became known as The Ghost of Sparta; and ever since then, God of War has represented one of the most depressing love stories in videogames.

What is your favorite videogame romance? Have you ever felt moved or saddened by gaming love affairs gone wrong?