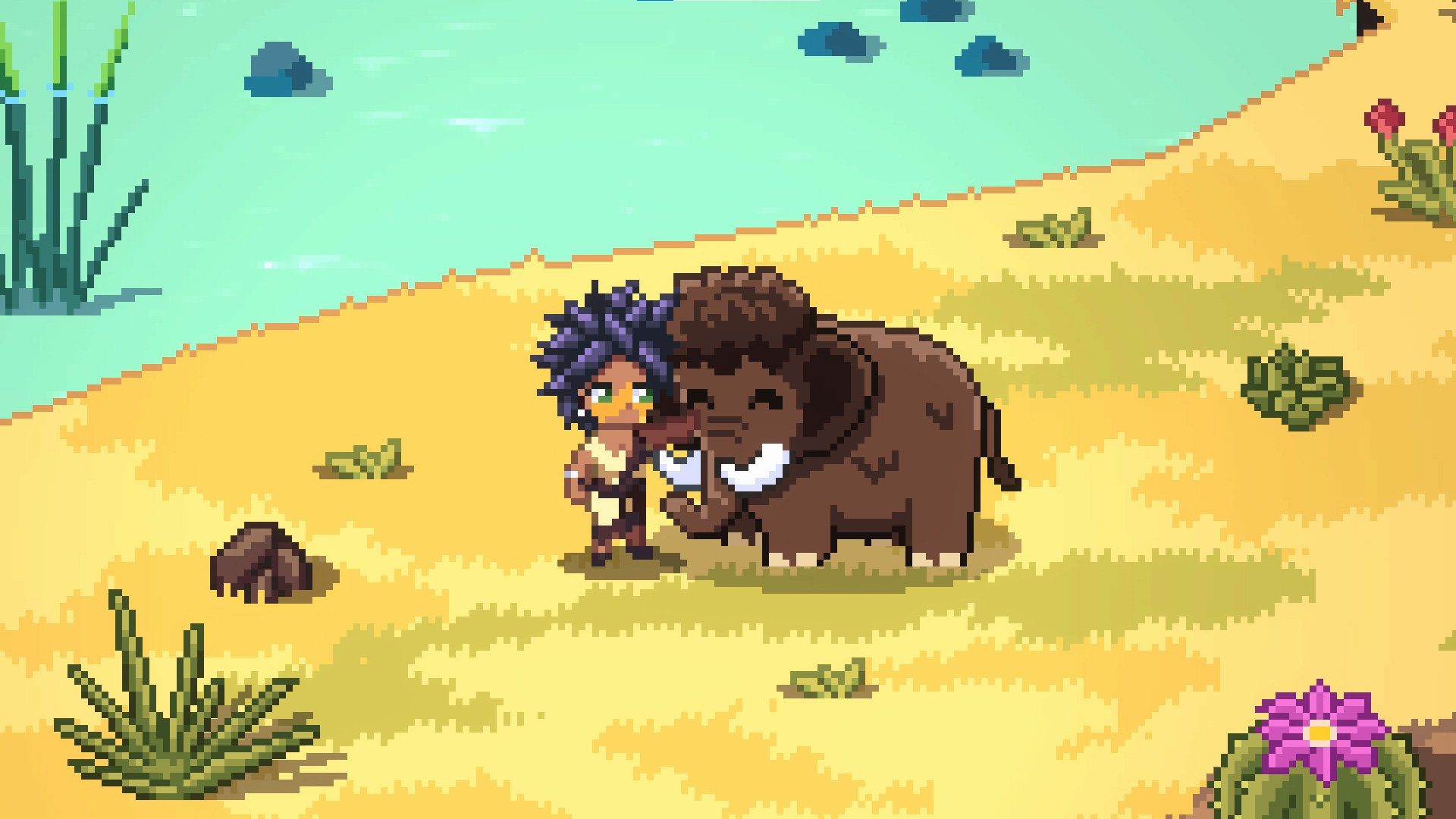 One to watch for Stardew Valley fans

I’m pretty into the idea of a Stone Age farming sim, even if the game in question, Roots of Pacha, has a lot left to prove and won’t be ready for Nintendo Switch and PC until 2022 at the earliest estimate.

The game recently reached its baseline goal on Kickstarter, and while the funding drive is ongoing, that’s my cue to dip my toes in with some initial coverage for my fellow Stardew Valley obsessives.

Apart from the must-have activities we’ve come to expect from the farming-life genre – fishing, friendship, and festivals – I like the notions of domesticating ancient animals, imagination as a mechanic, and tapping into the “spiritual world.” Games aside, the brothers behind Roots of Pacha, Timo and Jhony, say they were inspired by the prehistoric novel The Clan of the Cave Bear from 1980.

It’s also nice to hear that the game is being “developed from scratch with multiplayer support in mind.” Having played something like 50 hours of Stardew split-screen, I now feel that co-op is essential.

It’ll be some time before we see if Roots of Pacha can come together and live up to its potential. Soda Den is aiming for alpha access in April, beta access in Q1 2022, and the full release in Q2 2022.

I’m always down for more soothing life sims – especially if mammoths are involved.