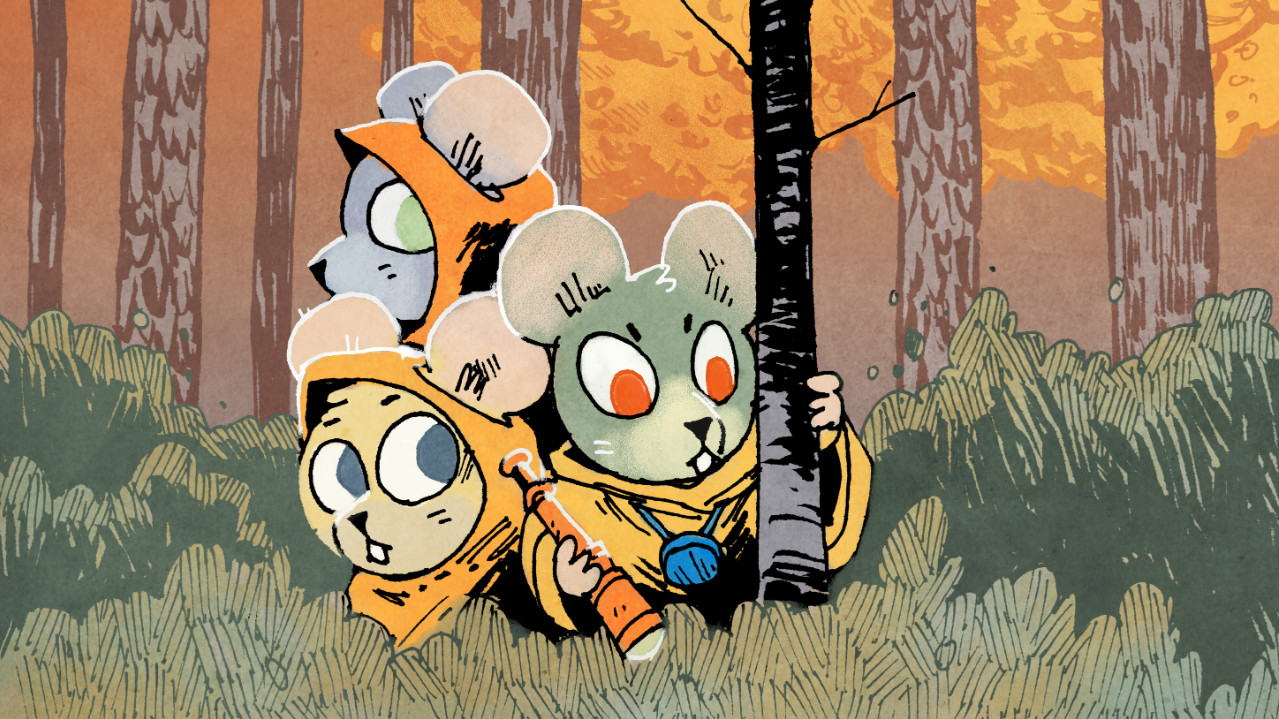 Asymmetry in board games is a tricky thing. Do it wrong, and asymmetry can lead to imbalance, which can lead to flipped tables and scattered pieces, or at the very least a muttering of “I’ll never play that again.”

So most games that employ asymmetry go light on it. Maybe everybody is doing the same thing, but has different minor powers. Or everybody is cooperating toward the same goal and major differences between players is there to allow for synergy rather than to promote imbalance.

It’s rare to see a game attempt to do what Root is doing. It’s a competitive game with substantial differences between the four player factions. Not only do they have different powers, but they score points by doing different things, have access to different sections on the cards, and even interact with the board in distinct ways. For the little time I got to spend with it at PAX Unplugged, I hope it works.

The centerpiece of a game of Root is a map of the forest each faction is trying to control. The cats are the ruling class; they start the game with almost all of the territory, but are spread thinly throughout the forest. The cats score points by building structures, but have to balance production with recruitment and troop movement to maintain control of the supply lines.

The birds are, of course, the mortal enemies of the cats. They believe they have a birthright to the woodlands, and they begin with a large force concentrated in one area. They score points by capturing territory from the cats and putting up roosts of their own, which are used to recruit new troops.

While that big military clash is going on between the two predators, the woodland alliance represents the common folk, slowly building up a resistance to take the land for themselves. They score points by hatching conspiracies, undermining the actions of the cats and birds without necessarily engaging in open combat.

Last is the vagabond, which contrasts with the other factions as it’s only one character roaming the woods rather than a collective of like-minded animals. The vagabond scores victory points and acts as a sort of balancing force by helping or hurting enemy factions with pinpoint strikes. He can give another player a card to gain favor with that faction, then later backstab them for more points.

The biggest initial draw of Root is probably its artwork. The anthropomorphic critters are incredibly cute, on par with those in Animal Crossing, but with a Robin Hood flair. The best part is the juxtaposition of the adorable cartoon animals and the more mature themes of dominance, political intrigue, and civil unrest. These creatures will slit your throat and then smile and wink at the camera.

I would have loved to have played more than just the two-round demo at PAX Unplugged. Heck, ideally I would have played four full games, once for each faction, just to get a good feel for exactly how they interact. For what it’s worth, by the end of the brief demo each of the four players were within just a couple of victory points of one another. It appears balanced, at least at the start among a group of beginners.

Of course, the big worry is some game-breaking strategy will emerge, giving one faction clear advantage over the others. In theory, the vagabond should be able to counter that by helping the other players, and any three-or-more-player game has its own inherent balance of dogpiling on the leader. Leder Games has mostly succeeded with high asymmetry in the past with Vast, so there’s a decent chance it delivers a balanced experience next year when it releases Root.