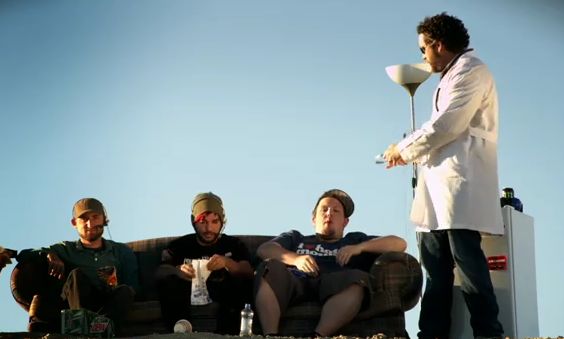 Earlier this year, Rooster Teeth released a pilot for a series called Immersion, a show where the Rooster Teeth folks see how videogames can work in real life. Well the series is in full swing now (finally!) and episode two deals with the wonderful world of online douchebags. You know, those assholes who suck at first-person shooters so they talk sh*t to you instead.

This episode also is the second in the Rooster Teeth/Mega 64 crossover week and Rocco, Derick and Sean all play an integral part in this little experiment.