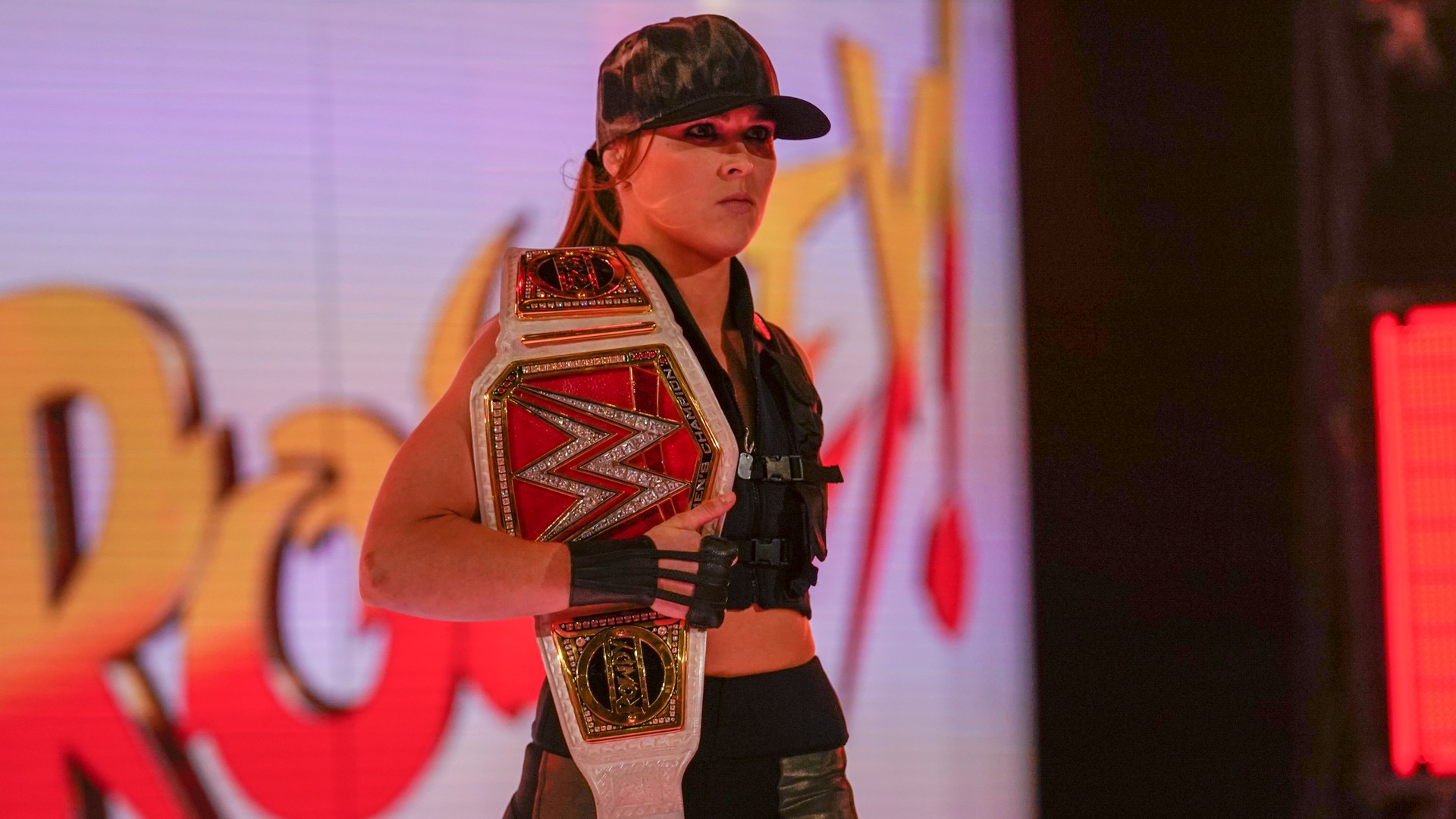 In a neat bit of cross-promotion, however, Rousey eschewed her usual leather jacket and kilt getup (a nod to her hero, the late “Rowdy” Roddy Piper) and instead turned up to battle loaded for bear as Mortal Kombat’s military officer Sonya Blade. Of course, Ronda voices the roster veteran in NetherRealm’s upcoming release, Mortal Kombat 11.

It’s barely spoilers to reveal that Rousey was successful in retaining her title. That belt ain’t going anywhere pre-Wrestlemania. But it was neat to see another fighting game cosplay on the show, following up on Zelina Vega’s namesake number from last month’s Royal Rumble.