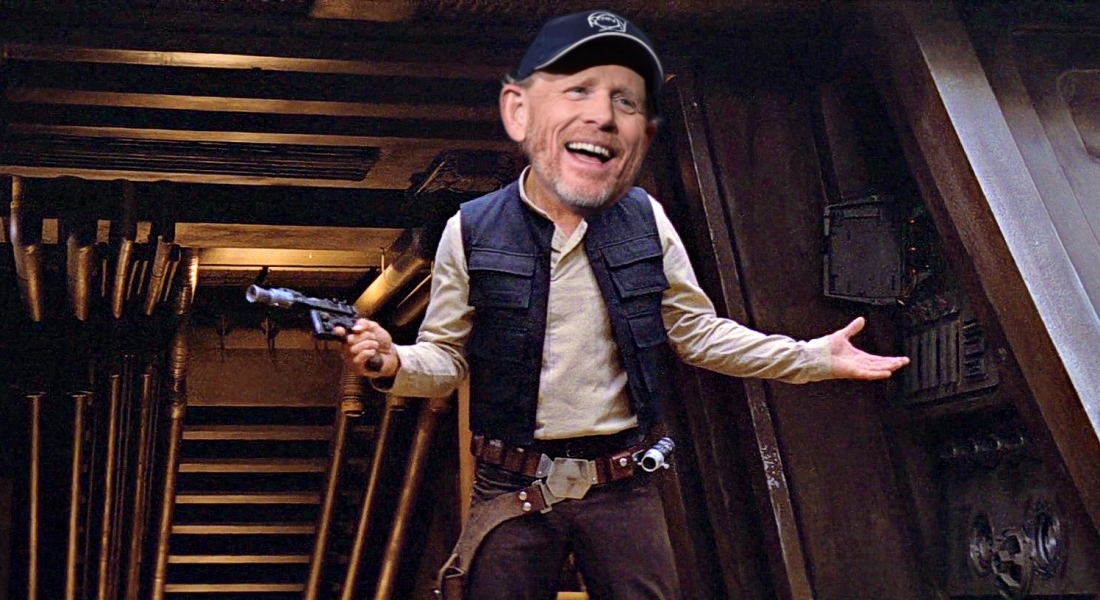 Earlier this week, Lucasfilm fired directors Phil Lord and Chris Miller from the young Han Solo movie. They were six months into production, but major creative differences led to an unexpected and unprecedented split. Today Lucasfilm officially announced that Ron Howard will step in as the new director. Production will resume on July 10th, and the still-untitled film is set for a May 28, 2018 release.

Obviously everything’s okay now. Situation normal. They just had a slight director malfunction, but everything’s perfectly all right now. They’re fine. They’re all fine there, now, thank you. How are you?

Even though I’m not interested in a Han Solo movie, it’s unfortunate that this project took such a major stumble. I’m left wondering how much of Lord and Miller’s material will make it to the final cut, and how Lord and Miller will be credited for their work. Ron Howard is maybe the most vanilla choice to finish the film. Best known for movies like Apollo 13 and Willow (a Lucasfilm production), he’s always been a bit of a journeyman director. Yet that’s not necessarily a bad thing. Howard is a reliable, experienced journeyman filmmaker, and the original Star Wars trilogy was essentially the work of journeyman directors. (Though could you imagine if David Lynch did Return of the Jedi instead of Richard Marquand.)

It’s also important to keep in mind that while this sort of shake up could be bad, Rogue One: A Star Wars Story underwent major reshoots and restructuring, but it turned out good for what it was. (Gareth Edwards was the credited director of Rogue One, but veteran screenwriter/filmmaker Tony Gilroy helped rework and mold the film into its final form.)

Do you have a bad feeling about this? Do you want to see Ron Howard pop the space-clutch and tell the galaxy to eat his space-dust? Let us know in the comments.