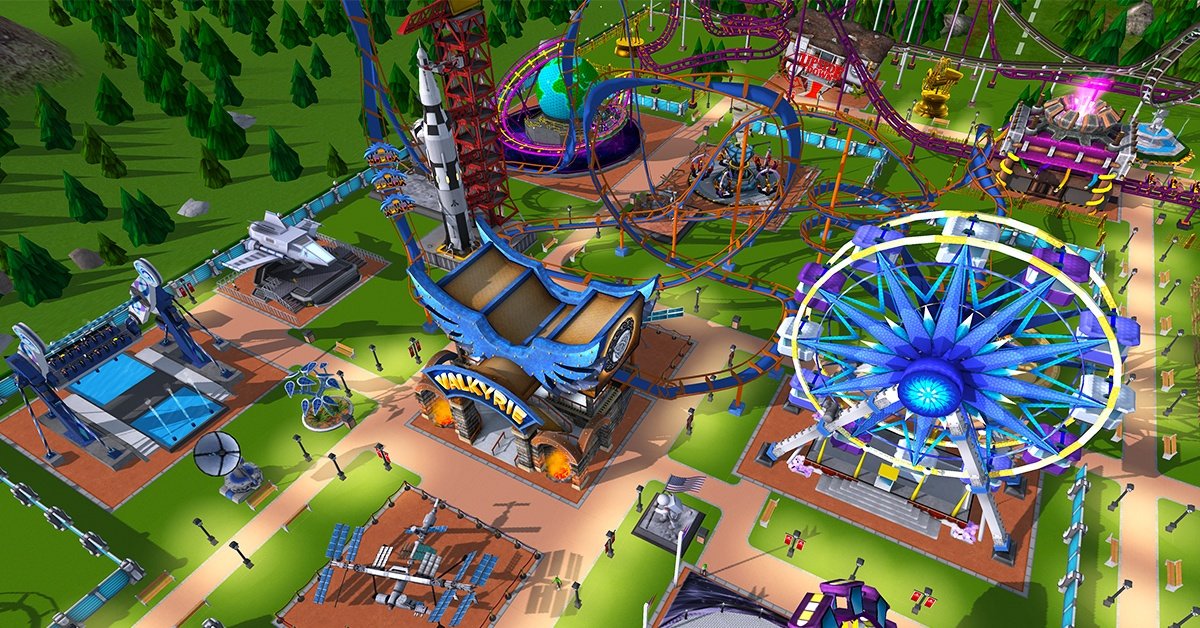 Coaster on the go!

Atari has announced that the upcoming Switch adaptation of the RollerCoaster Tycoon series will be heading to European store shelves next month via Bigben Interactive. atGames will be publishing the title for US gamers in Q1 2019. Despite having been announced over the summer, this is the first I’m hearing of the title, so I’ll fill you in on some details from the official website.

This latest iteration of the series will be based on the mobile spin-off RollerCoaster Tycoon Touch. It will feature a campaign mode, pre-configured scenarios, and an open sandbox option. A highly intuitive user interface is being touted as well as over 200 rides, decorations, restaurants, and shops. Users will be able to play with the Switch’s touchscreen or the Joy-Con controller.

If you’re curious about technical performance, RollerCoaster Tycoon Adventures will run at 1080p/30 FPS while docked and 720p/30 FPS in portable mode. The game will occupy four GB of HD space if grabbed digitally. Apart from that and some screenshots, that is really all we know about Adventures.

It seems a physical version will be coming out, as evidenced by the box art, so you could always import a copy to try it early. I’m not sure I’m digging the aesthetic, but this does seem like a better way to bring a management sim to the Switch instead of just porting a more demanding version.

RollerCoaster Tycoon Adventures for Switch launches in November in Europe, Q1 2019 in the U.S. [Gematsu]