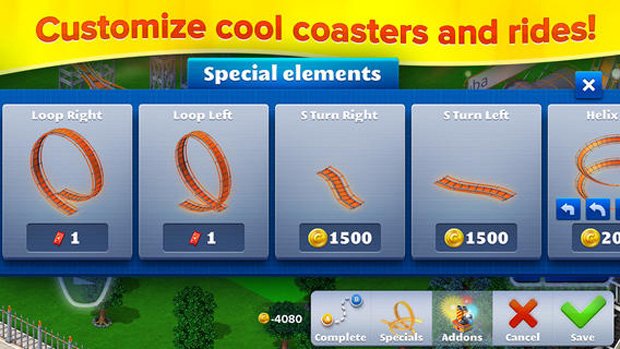 Have we all seen those images detailing what the original Super Mario Bros. would be like if it were made today? Those were humorous when they first made the rounds. This, however — a real game called RollerCoaster Tycoon 4 Mobile — is no laughing matter.

Previous media for the new game, out now on iOS, was enough for us to be skeptical but still left room for the slightest bit of hope that it wouldn’t be awful from top to bottom. The fact that RollerCoaster Tycoon 4 Mobile costs $2.99 and comes with in-game currency “worth $5” should be introduction enough for when you click that play button. If you even click it.

There goes what little faith I had in the upcoming PC version, which is now described as “offering co-op gameplay and even more social features.” Such a disappointing use of the property.