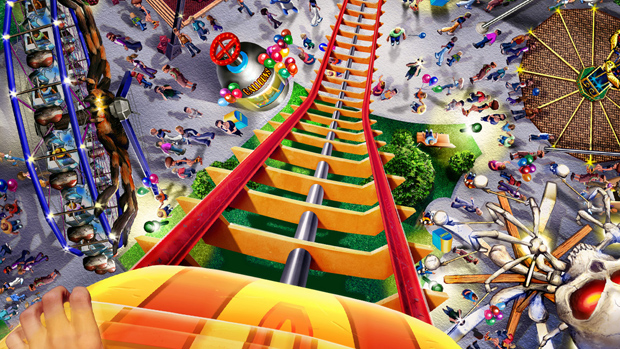 I can’t effectively describe how pleased I am knowing that multiple games about rollercoasters are in the works. There’s RollerCoaster Tycoon World, ScreamRide, and now Coaster Park Tycoon from Frontier Developments, the studio behind RollerCoaster Tycoon 3 and Elite: Dangerous.

No screenshots to go off yet, but we have a time frame (2016) and platform (PC), as well as the team’s intention for the game: “to raise [the benchmark set by RCT3] even further by combining accessible creative features with a sophisticated simulation.”

With Coaster Park Tycoon, Frontier is hoping to establish “a second major self-published franchise [alongside Elite],” according to chief creative officer Jonny Watts. I’d be less interested in crowdfunding and constant betas/alphas, if that’s the route they go, but delightful news otherwise.

I only ask that we be able to do stuff like this: