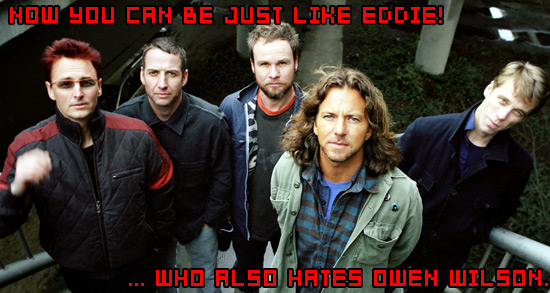 According to Berserk Goose, a moderator on Xbox Live The Guide Forum, downloading and creating your own playable Guitar Hero III demo is as easy as following a short list of instructions (which you can find past the jump). Assuming you have the ability to download files, use a PC to sort through them and burn them to a DVD, you shouldn’t have any problem getting a sneak peek at GHIII far earlier than Activision would have liked.

It took me about 20 minutes to complete the instructions, the bulk of which was spent downloading the file, and I can confirm that the method used works for me. A few people seem to be having issues, but if you follow the instructions to the letter, you should be fine.

Normally this is the point at which I would make a joke about Owen Wilson’s drug habit or his avian beak of a nose, but honestly I’m too giddy to want to push him even closer to hari-kari seppuku than I already have this morning.

To quote the Goose:

Burn to a CD or DVD

You have to get the “Content” folder and put that (with everything in it) onto the DVD/CD, the demo will be where the other demos on your 360 normally are (game blade, demos and more).

5 songs on the demo

Hit Me With Your Best Shot
Pat Benatar