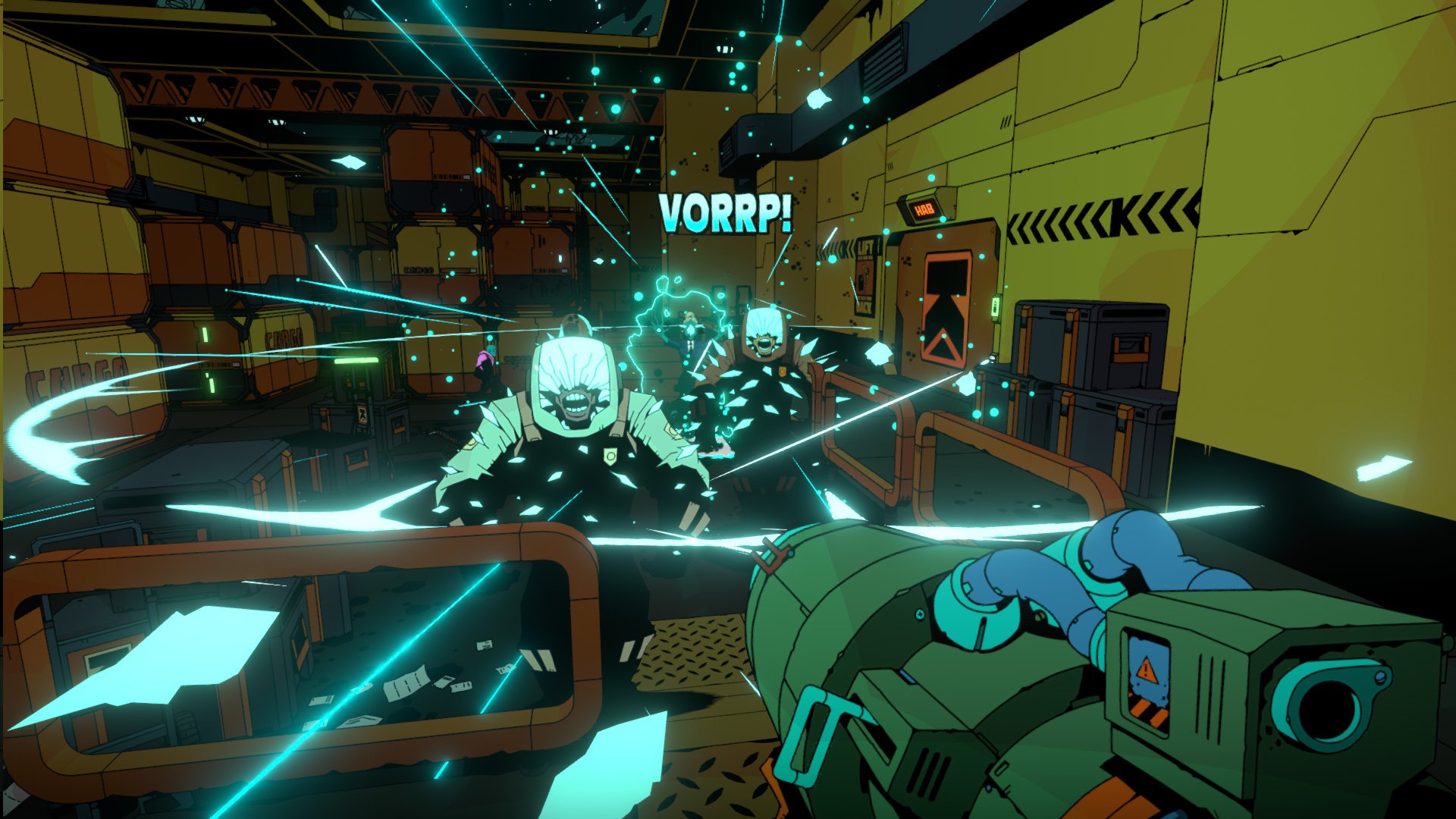 I didn’t get around to Void Bastards, a first-person roguelike with BioShock and System Shock 2 roots, but that could change soon – it’s coming to Nintendo Switch and PlayStation 4 on May 7, 2020.

That’s just where I play most of my games these days, you know? It’s comfy.

Void Bastards is a deadly ship-hopping journey across the Sargasso Nebula. You play as an oh-so-disposable prisoner hoping to salvage enough gear (and food and fuel) to survive another trek across the star map. There’s an endless lineup of prisoners to burn through, and they have varied traits. Some folks are short. Some are stealthy when they run. Others are shallow breathers who use less oxygen.

Our reviewer, Patrick Hancock, wasn’t quite feeling the roguelike hook, but he was enamored with the art direction, and that’s probably the most fascinating aspect as someone who’s been holding off.

The PS4 and Switch versions of Void Bastards will have the Bang Tydy DLC available at launch, but it won’t be packed in. The add-on – a trio of new ships, a “Whackuum” vacuum weapon, and oxygen-depleting Tydy bots – will be sold separately, for $4.99, just like on Steam and Xbox One.

A physical release is also “in the works,” according to Blue Manchu.