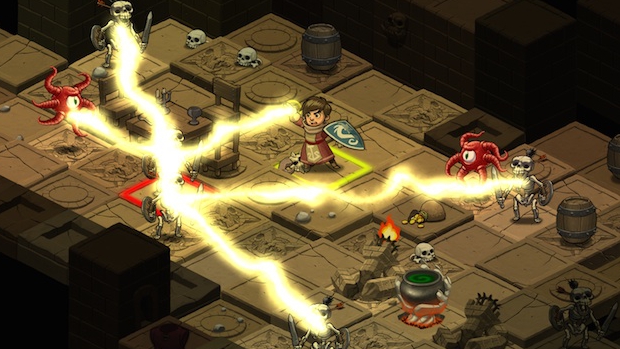 Many of us have crawled through dungeons hundreds of times, so it takes some special kick to get us to notice. Rogue Wizards has two: a city-building component that seems like it could be addictive and a cool visual effect representing line of sight in the square-grid dungeon.

Admittedly, that is a fairly superficial thing to have going for it, but the rest of the project looks solid as well. The art style in general seems a bit generic, but it still looks like it could be fun.

Rogue Wizards is currently seeking approval on Steam Greenlight, and has recently launched a Kickstarter campaign, hoping to raise $70,000.