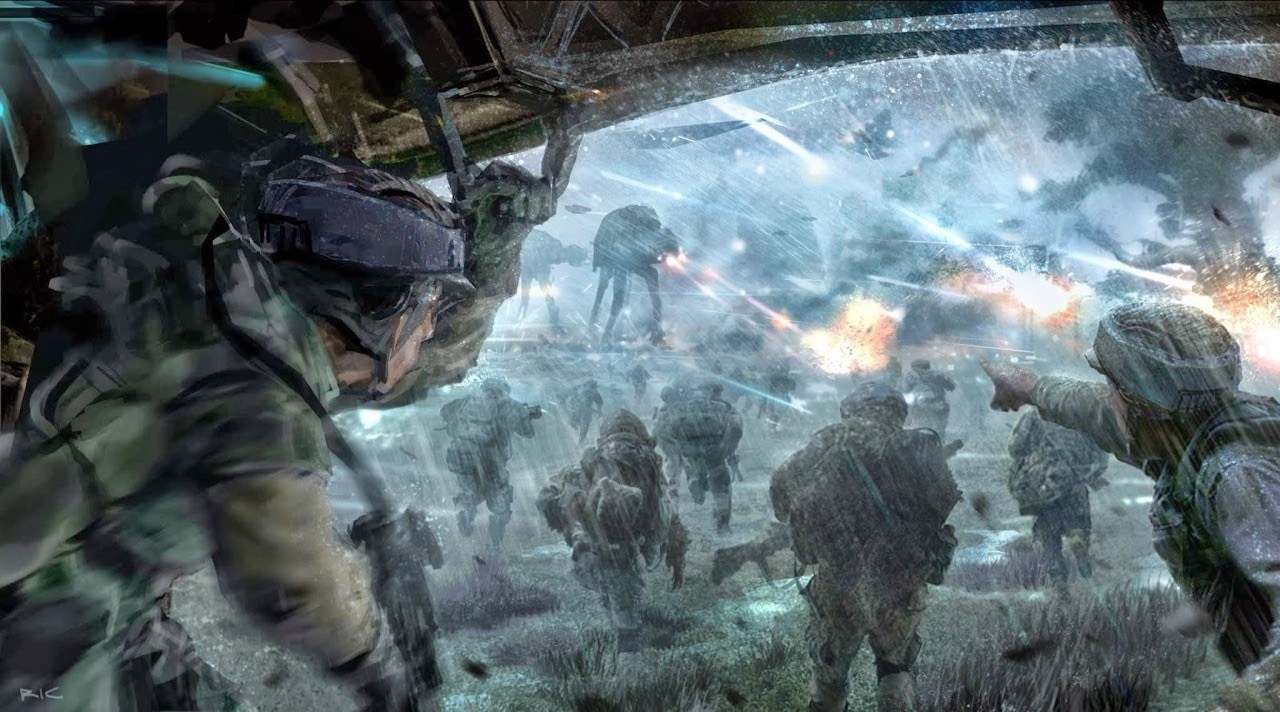 Set on the tropical planet Scarif

The expansion pack is a tie-in to the upcoming film Rogue One: A Star Wars Story, which takes place prior to the events of Star Wars: Episode IV – A New Hope and follows a small team of Rebel Alliance spies on a secret mission to steal the Death Star blueprints from the Galactic Empire.

Speaking at the event, Battlefront director Niklas Fegraeus confirmed Rogue One: Scarif for a holiday release and the film’s protagonist Jyn Erso (portrayed by Felicity Jones) as a playable character.

Earlier in the day, EA revealed the shooter’s forthcoming third expansion, Death Star, due to release in September, will feature Trandoshan bounty hunter Bossk and walking carpet Chewbacca as heroes.

You can find more coverage on Star Wars Battlefront‘s first and second expansions, Outer Rim and Bespin, here and here, respectively, plus a teaser trailer for the Death Star content below.

Rogue One: A Star Wars Story will premiere in theaters on December 16, 2016.