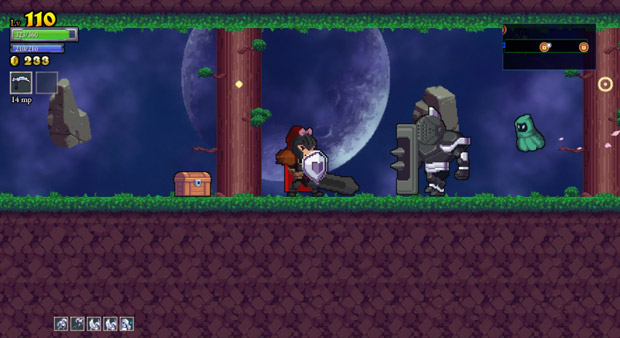 The promised Linux and Mac versions of Cellar Door Games’ 2D action-platformer Rogue Legacy are out now and, if you bought the game on Steam already — you should have! It’s good fun! — they’re accessible at no additional cost. Got to love that Steam Play support.

There’s also an update that notably introduces a profile-select feature (with support for up to three separate saves), and the jukebox now remains persistent up until the point at which you enter a new area or a boss room. Make sense. Beyond those big changes, it’s a bunch of minor fixes.

I’m still only one boss in because the cute character designs always seem to lull me into a false sense of security, causing me to play aggressively, take a bunch of hits here and there, and then kick it almost immediately after starting the next major encounter. Stop doing that, self!