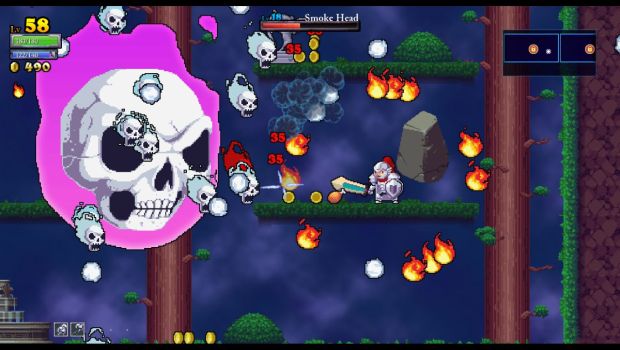 Cellar Games spent $14,878 out of pocket developing their casual roguelike

Rogue Legacy was one of my favorite games of 2013, so I had to attend the postmortem talk on its development at the Game Developers Conference this year. Their main point of focus was developing games on a budget.

Brothers Teddy and Kenny Lee from Cellar Door Games described themselves as a budget oriented team, focusing more on gameplay over expensive highly detailed worlds. “That means we’re always on the lookout for solutions that are cheap, fast, and reusable,” Kenny stated. “So we often implement solutions that aren’t as good if the cost savings are justified. That also means we’ll never make the perfect game, but we’re okay with that.”

Before Rogue Legacy, Cellar Door made eight titles, which includes the infamous Don’t Sh*t Your Pants. On average it cost the studio $1,000 to make each of those game, with development times that ranged from two days, to three and a half months.

The experience they gained from developing those titles led into their biggest project to date, Rogue Legacy. It took them a year and a half to develop the casual roguelike from start to finish, and in total their out of pocket cost for the whole project was $14,878. “That’s still a lot of money compared to the $1,000 for our previous projects, but if you consider the scope of the game I think we did a pretty good job at keeping the costs down,” Kenny noted.

After the game went on sale the team was able to cover all of the developments costs in less than an hour. And they moved 100,000 copies after its first week of availability. That was “well beyond anything we had ever anticipated.”