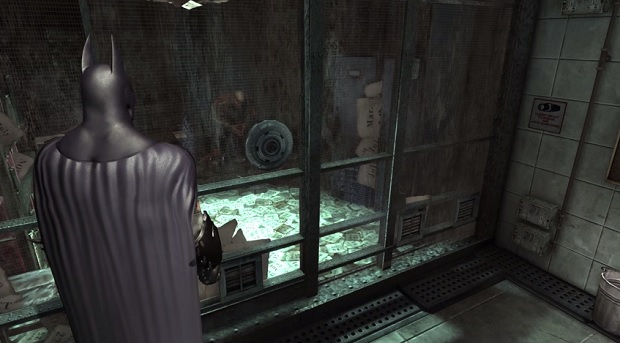 This one took three years to find

Across the Arkham titles, the developers have included at least two incredibly well-hidden easter eggs. Who could forget the one in Arkham Asylum that was so stashed away that Rocksteady itself had to reveal it? Arkham Ciy has one like that too, and it’s coming to light three years after the game’s release.

Last week, a YouTube video titled “Arkham City Secret?” was posted, and it was seemingly done from a Rocksteady-created account. It featured some previously unheard dialogue from Calendar Man, but it cut out before finishing.

A few days later, this dissection from user Batman Arkham Videos appeared. It shows how to recreate the easter egg and guesses at the reasoning behind it. It requires setting your PC or console to December 13, 2004 and then visiting Calendar Man’s cell. The date is likely a reference to the date Rocksteady opened its doors.

As for the message itself, it’s a toss-up as to its true meaning. It’s most likely a self-nod from Rocksteady at how far it’s come as a developer and that it’s ready to finish the trilogy. However, there’s the chance that the “end of days” it refers to foreshadows Batman’s fate in the next installment. Whatever it means, Arkham Knight can’t get here soon enough.