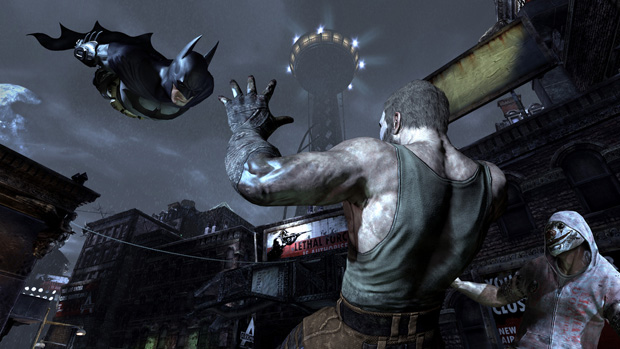 The Batman is very pleased this day. His next adventure, Batman: Arkham City, is “complete,” playable from start to finish and in need only of some tender polishing.

The information was discovered on a recent OPM podcast (#11 for those who want to hear for themselves), which revealed some exciting new details about the sequel. For one, there’s a new grapple system that propels you into the air, which should make for some extended bat flight and some harsh punishment from above.

There was also a discussion of co-op play (which would make sense considering there were previous hints of multiplayer), but nothing is confirmed yet. There’s definitely something brewing in the land of multiplayer, but we’ll have to wait and see just what it is. I’m sure it involves punching.

It’s important to remember that “complete” doesn’t mean that the game’s going to be in our hands tomorrow, but, you know, I don’t even care. Just knowing that all the parts are in place makes my fists ready for bashing. In the best way possible.