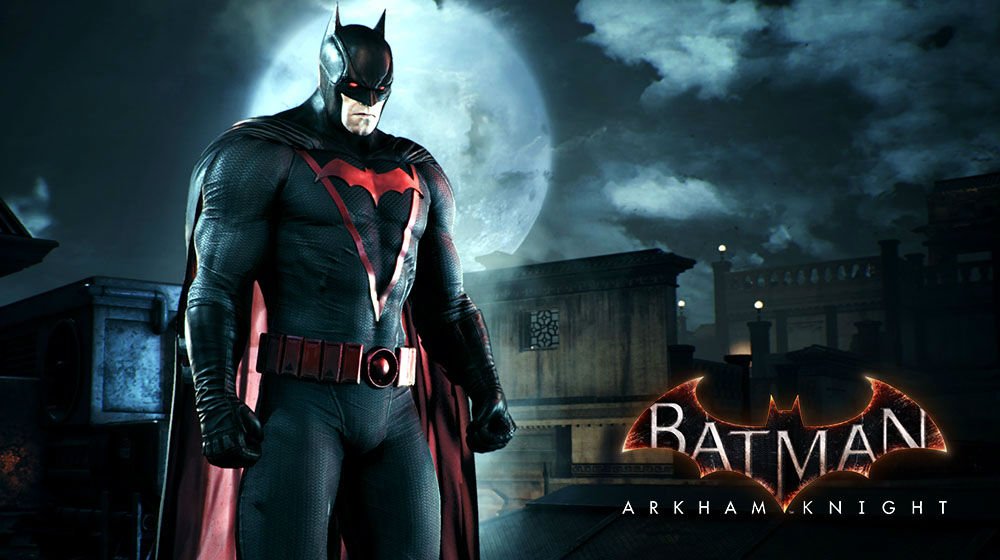 In case you didn’t notice, there’s two distinct Batman game studios over at WB: Rocksteady, who started it all, and WB Games Montreal.

The latter worked on Arkham Origins, and is expected to give us the new assumed Court of Owls game any day now. Yep, any day now: assuredly, during every single event of the past year, we’ve expected this announcement. It’s not like WB isn’t fueling this expectation either, as it’s been drip-feeding marketing materials for the past four months or so.

For now, we shift our focus to Arkham Knight, the polarizing Rocksteady creation that came out in mid-2015 and seemingly heralded the end of the Dark Knight saga. The studio took to Twitter today to announce, “as promised last year, the Earth 2 Dark Knight Skin will be made available worldwide to players who own Batman: Arkham Knight on PS4. The Skin will be available for download on the PlayStation Store from the 28th of January.”

This promise was made back in July of 2019, when the Arkham Collection provided that very same skin. Maybe Spider-Man PS4 and Batman: Arkham Knight can have a skin-off! The very last game to offer a free skin years after an entry has been released wins. Fight!