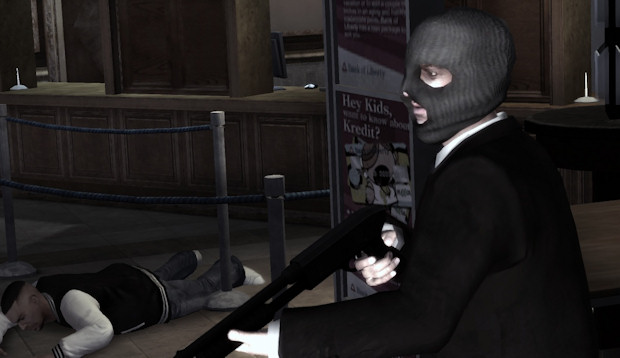 Although Modern Warfare 2 has snatched all the headlines recently for its infamous “No Russian” level, we should not forget that Rockstar is the king of controversy. Even so, the Grand Theft Auto developer believes that the whole “violent videogame” debate has gotten silly, and that its own games have become pariahs.

“It feels at last like we’re moving on from that debate,” says Dan Houser. “The audience is getting past 30 so it all becomes a bit silly. That’s not to say that all games are for all people; we’ve never said that. GTA has always been rated 18 and we’ve always been very happy with that. Nevertheless, we do get frustrated when video games are singled out and movies are given a free pass.

“Manhunt 2 was banned in the same week that Saw was released. The arguments become quite ludicrous quite quickly when people argue that games are somehow more dangerous than full-motion video. Within Rockstar, sometimes we feel that some of our games get singled out and held up as pariahs. All we want to do is tell a story with rounded characters. Like GoodFellas, which is a key film for us, our rounded characters happen to be criminals.”

I think the fact that Keith Vaz, FOX News and The Daily Mail absolutely failed in their attempts to spark outrage over Modern Warfare 2 should indicate just how near extinction the “Ban This Sick Filth” crowd is becoming. Games are becoming too mainstream to kick at, and soon the mainstream media will be forced to find something smaller and weaker to pick on.