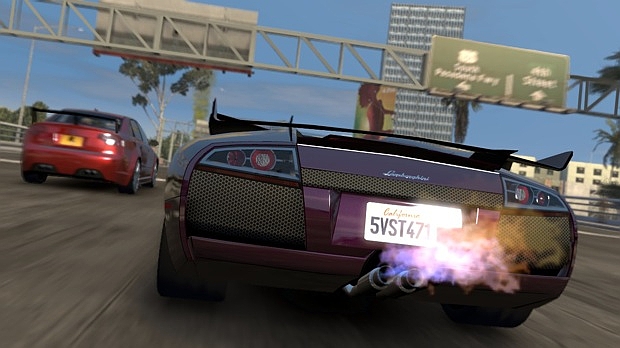 For once, I wish a press release came with a quote. Rockstar Games and Pizza Hut have entered into an agreement to shower one very lucky (and soon to be very out of shape) Midnight Club: Los Angeles player with the rough equivalent of free pizza for a year. No joke.

The promotion is called the Midnight Club: Los Angeles Pizza Hut South Central Showdown (or MC: LAPHSCS, for short). All you have to do to get in on the promise of free pizza is check out Rockstar’s rules and regs here; download the free South Central Map expansion on Xbox LIVE or PlayStation Network and then race to the top of the leaderboards consistently through several rounds of a tournament structure.

If you win — and I’d love to see one of you guys get this great honor — you’ll earn 599 bucks worth of Pizza Hut free Pizza Mia gift cards. Registration closes on April 13, with the first round starting on April 14.

What are you waiting for? Go, go, go!

We’re excited to present the first Social Club Tournament series for Midnight Club: Los Angeles South Central. To commemorate the event Rockstar Games and Pizza Hut are teaming up to give the ultimate Midnight Club player a chance to win a year’s worth of free pizza! To enter, download the free South Central Map Expansion on Xbox LIVE® or PLAYSTATION®Network and compete in the Midnight Club: Los Angeles – South Central Pizza Hut Showdown. Racers will battle to post the fastest times on the leader boards for their shot at $599 worth of Pizza Hut gift cards equal to a free Pizza Mia™ every week for a year.

Registration is open from now until April 13 at 11:59 p.m. ET, with the first round getting underway on April 14 at 12:00 a.m. ET. Go to www.rockstargames.com/socialclub/events for complete official rules and eligibility details.