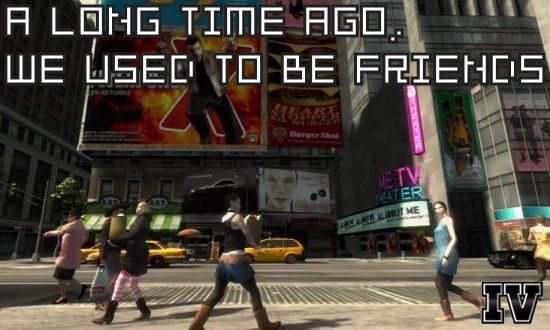 Sony has been the punching bag of the games industry for a while now, but it may very well be Rockstar of all companies serving the biggest bitchslap yet. Rockstar spokesman Hosi Simon has essentially said that the full Grand Theft Auto IV experience will require an Xbox 360. He also stated that the games run identical on both systems, being unable to think of any benefits owning the PS3 version will have over purchasing a 360 version.

“They’re identical games. We’re not hardware makers, and we’re not like a pawn between these companies, we try not to be as much as we can. We make great games for people to enjoy on whichever system they want. But I guess if you want the complete experience with the episodes, then yeah, you should buy the 360, I suppose.”

The “I suppose” nonchalantly thrown in at the end almost tries to be non-committal, but this is one of the most blatant statements made against the PS3 yet. Fact of the matter is though, it’s true. The 360 is where the exclusive downloadable content shall reside and if you want it, you know which system you need to buy the game for. It’s a straight up fact and we all knew it. Looks like the vast piles of nazi gold that Microsoft paid Rockstar are reaping the rewards already.

[Via Games Radar. Thanks to Joe Burling.]