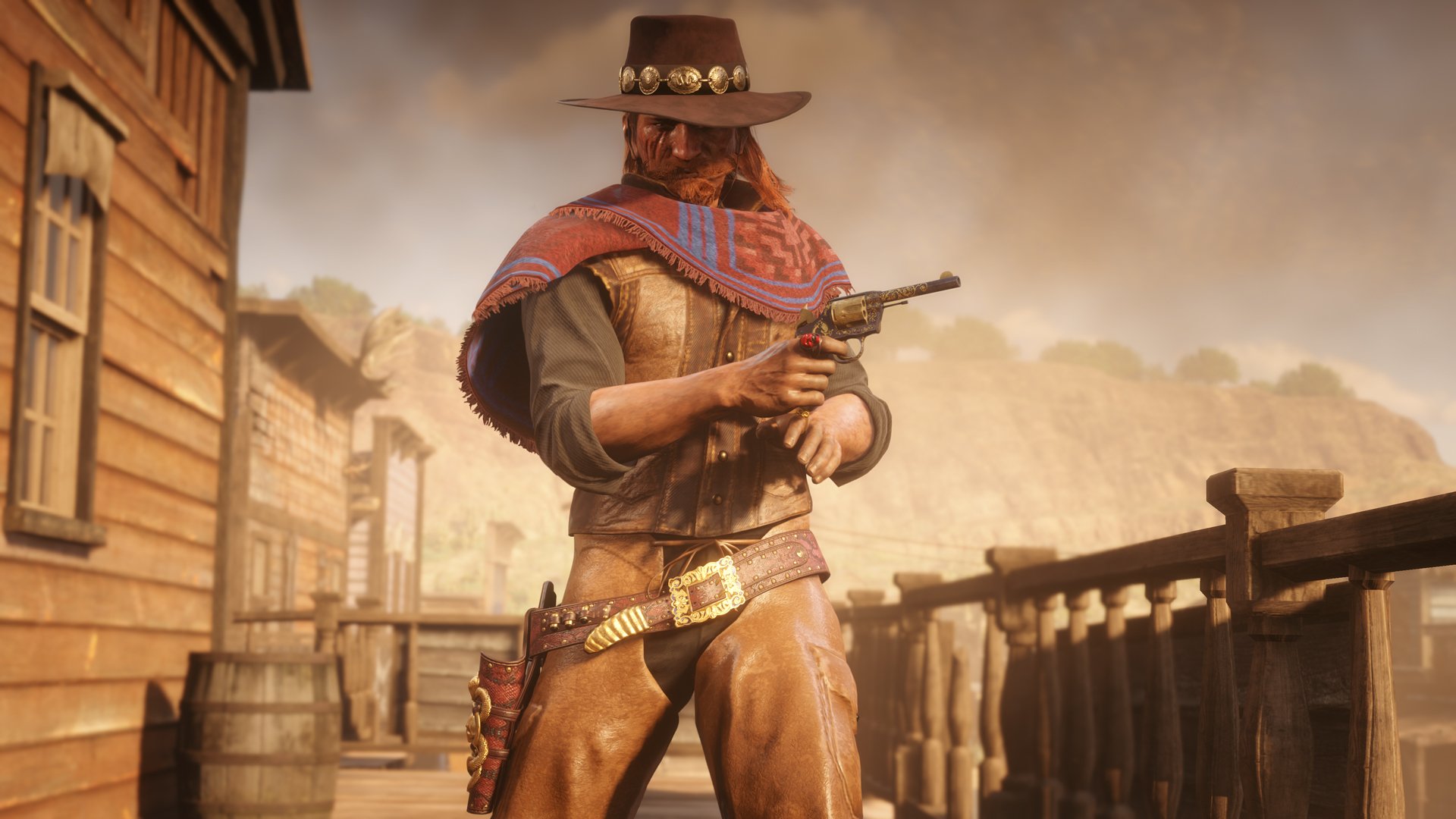 It’s a ton of items

Red Dead Redemption 2 recently hit PC by way of a ton of different platforms: except Steam. That changes on December 5, but before then Rockstar has done a ton of patching to smooth over that huge milestone of a launch.

Rockstar says that a “series of updates” have been deployed as of this week, which includes fixes for both the Rockstar Games Launcher (which has been causing many of the problems), as well as the appropriate NVIDIA drivers. The publisher says “the vast majority of performance issues…have now been resolved” on PC, but they’re still working on “lingering issues” at this time.

To make up for a rocky PC launch, they’re offering a free outfit (Preito Poncho, visible above and below) for Red Dead Online, as well as a “curated care package of items” that you can check out in full below. Don’t get too excited: basically it’s just a bunch of ammo, weapons and equipment to jump-start some early game chicanery. You can grab it now at the Camp lock box or the post office.

Now that the PC launch is out of the way, Rockstar needs to keep adding to Red Dead Online beyond these little equipment drops. We recently got a decent little class update a few months ago, but many Rockstar fans are still sticking with Grand Theft Auto Online, forgoing the jump over. With the PC platform in the mix (and the power of Steam), maybe those winds will shift.