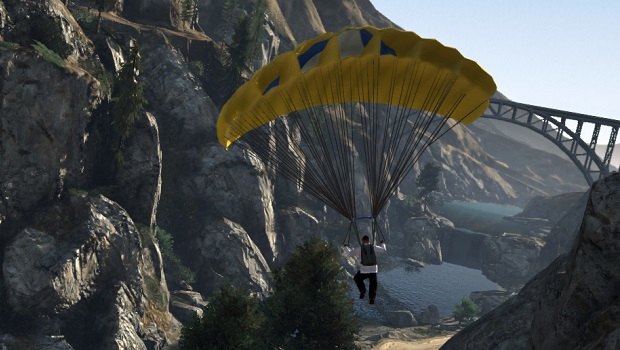 Despite the feeling that each Grand Theft Auto game might be the peak of the franchise, producer Leslie Benzies says that they have “about 45 years worth of ideas.” Speaking to Develop, Benzies reveals that GTA V began development once GTA IV shipped but was only in full production for three years. There’s no details about plans for single-player DLC as it seems like GTA Online is Rockstar’s focus for now.

Despite GTA Online‘s rocky launch and concerns with the inclusion of microtransactions, Leslie says that there’s no desire to follow the free-to-play model. “We will never ever go ‘Ooh, there’s an avenue for revenue!,'” Leslie explains. “If any of us say that… we’ll go do something else. Obviously money is in there somewhere. There is a guy who tells us our download stuff makes this much and our disc stuff makes this much. But that’s the depth of it.”

Asked about the future of the series, Benzies wouldn’t be drawn on whether any talks between the Houser brothers, art lead Aaron Garbut, and himself have happened. “We don’t know what GTA VI will be, but we’ve got some ideas. GTA Online is the focus right now. There ain’t no rest between finishing V and then Online.”