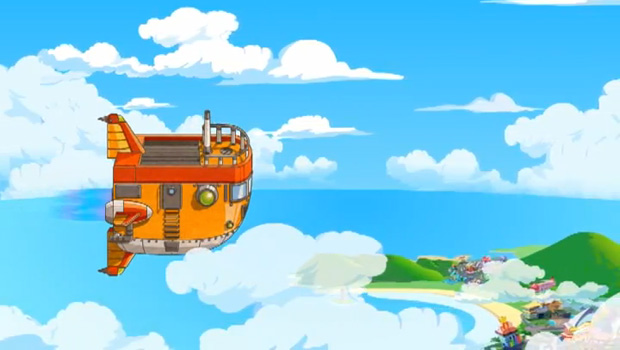 We’ve definitely got a winner on our hands

I know you’ve been on pins and needles regarding Rockman Xover. The free-to-play iOS title is available in Japan as of today, though the Western localization is still forthcoming.

Heat Man of The Mega Man Network has been putting the game through its paces, but his early impressions are not positive. The game is glitchy as hell, crashes frequently, and has an obtuse account system. With the exception of the end-level bosses, each stage in a world is identical, with the same enemies and everything. But hey, at least the infamous autoplay button has been removed! That’s something, right?

On a curious note, NeoGAF user rockman zx unpacked the game file and found a strange Mega Man Legends-themed video, which I’ve embedded above. The entry-level animation is labelled “opening.mov” and shows the Flutter being sucked into a wormhole. It’s not currently known if it plays at any point in the game, but given that there is no audio, it’s probably a scrapped file. It’s a video that plays when you beat a world. Big whoop.

I suppose I’ll be tooling around with Xover whenever it finally makes it stateside, because I’m a masochist. In the meanwhile, enjoy Heat Man’s 20-minute gameplay video past the jump.