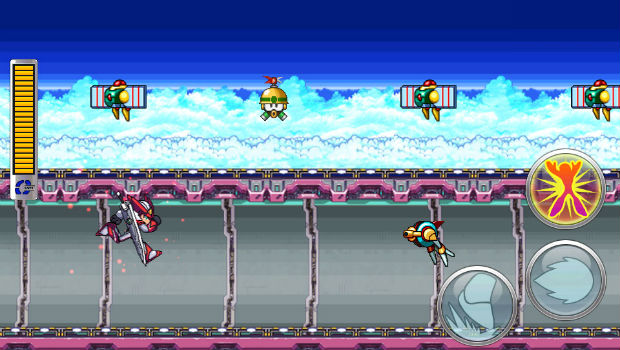 Whenever people asked about a new Mega Man game, some would often joke “but there’s always Rockman Xover!” For those who aren’t aware, it’s a free-to-play game for Android and iOS that’s only available in certain regions, which features a new generation of Mega Man characters.

After two long years the game is coming to an end, Xover will be shutting down on March 31st, 2015. Together, we can pour one out for the last active Mega Man game in existence.