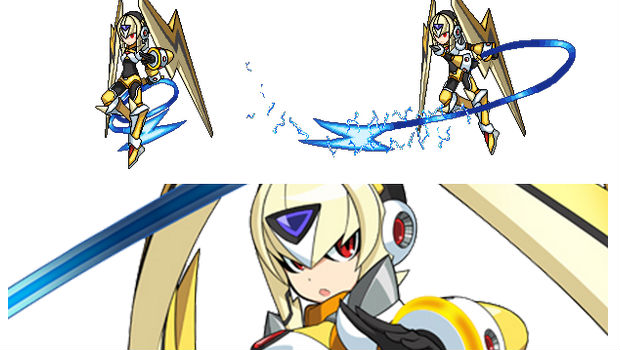 If you have’t been following Rockman Xover, the game might not be that great as a Mega Man release, but it has some pretty awesome boss designs. The newest character is no exception — the “Maiden of Lightning,” Oro S.

She looks to clearly control the powers of electricity, complete with an electro-whip. You can check out her theme music below. Again, these creations look perfect for a new Mega Man X game.