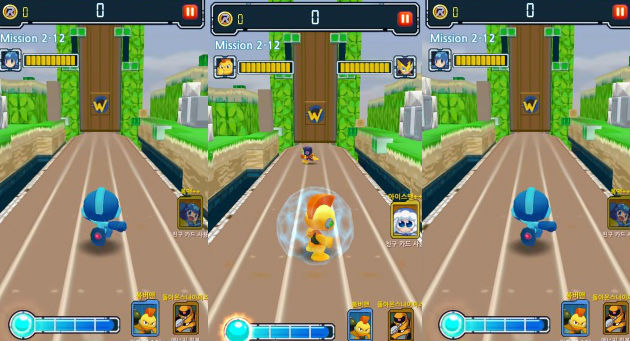 Don’t get your hopes up — it’s a mobile runner

Rockman Go Go is out this week, and it’s a new Mega Man game. Kinda. Sorta. Most of you won’t care about it.

It’s an officially licensed title released only in South Korea by a studio called Jenoi, and it hit the Android marketplace. Interest waning? I figured. Well the interest meter is about to hit zero, because it’s not only a runner, but it’s a Temple Run clone as well, and straight-up re-uses many Mega Man Powered Up assets.