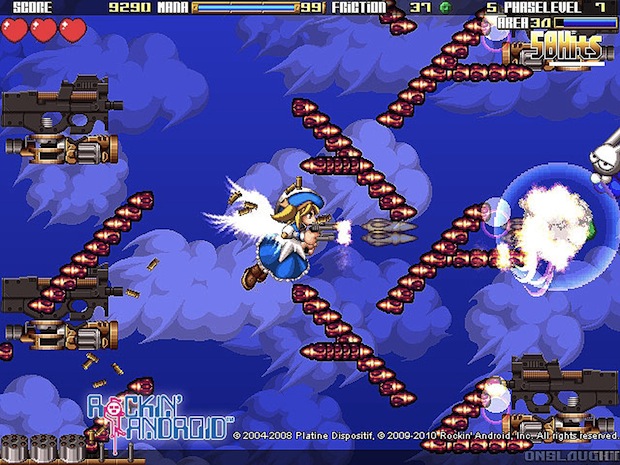 Rockin’ Android announced today that they will begin distributing their top shmups on Steam. The first title available for download on the PC service will be the Gundemonium Collection, a three-pack of popular shoot-’em-up games: Gundemonium Recollection, GundeadliGne, and Hitogata Happa.

The Steam release of these games will include remixed game soundtracks. I’ve heard a few selections today and I think just about anyone will dig ’em. They’ve also upgraded GundeadliGne to include online cooperative play support through Steam. Finally, Steam achievements will be included with all three games.

The Gundemonium Collection will be available for download on Steam on September 27, 2011 for $9.99 USD. It will also be possible to purchase the games individually for $3.99 a piece. Rockin’ Android says that they plan to release other titles on Steam at later dates.

We have screenshots from each of the above listed games in our gallery below.