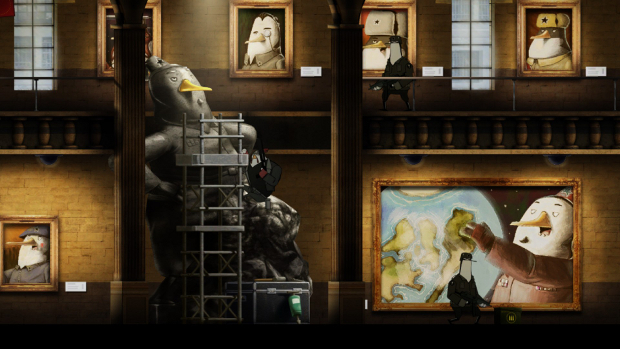 Evil penguin dictatorships are a serious problem; Super-serious. The second title in the Rocketbirds franchise proposes one solution, in the form of Hardboiled Chicken, a tough bastard sent in to take out the penguin leader. It’s a snazzy looking cinematic platformer, and was an IGF finalist back in 2010.

While you can already pick it up for PC (where it’s dirt cheap right now due to the Steam Big Picture Celebration) or on the PS3, you may want to wait until next year, when it drops on the Vita. This new version will employ both the touch screen and rear touch panel, and features improved connectivity for the cooperative campaign. Two new playable characters have also been added in the Vita version, allowing players to topple the penguin government using Sniper Guy and Agent H. It doesn’t have a specific release date yet, but will be available early 2013.