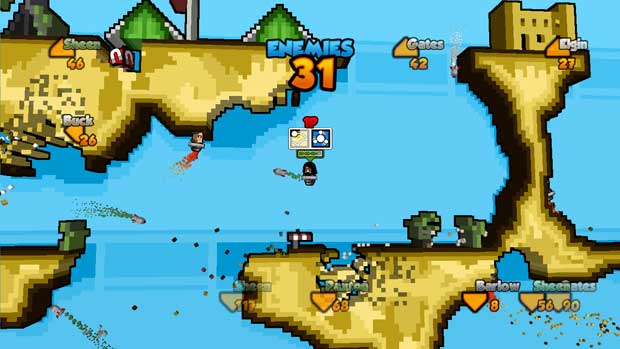 THQ has announced that the Codeglue-developed Rocket Riot has cut through all of the Microsoft certification red tape and will be released on Xbox LIVE Marketplace tomrorow, June 17.

Available for 800 MS Points, Rocket Riot is a “side-view shooting action” game with an 8-bit era look and feel. The game features 80 single-player missions, as well as four multiplayer modes for up to eight players online and four players local. It looks like the game has you picking up a number of “whacky” weapons likes guided rockets, dizzy missiles, and other crazy rocket-type-things.

Along with the announcement, THQ accidentally sent along 12 images of the company’s logo instead of screenshots. (Seriously, check our gallery.) To get an idea of what Rocket Riot you’ll have to check out the official site, so go do that. Now.