Rocket League‘s third season has run longer than expected and it still has some legs. Psyonix has announced the window when season four will start, and it’s toward the beginning of April. That means we have almost three more months of season three.

The reason for the wait is because Psyonix says that some changes for season four are tied to a game update. All of the changes aren’t detailed, but a restructuring of the competitive tiers is mentioned. This infographic breaks down the new tiers: 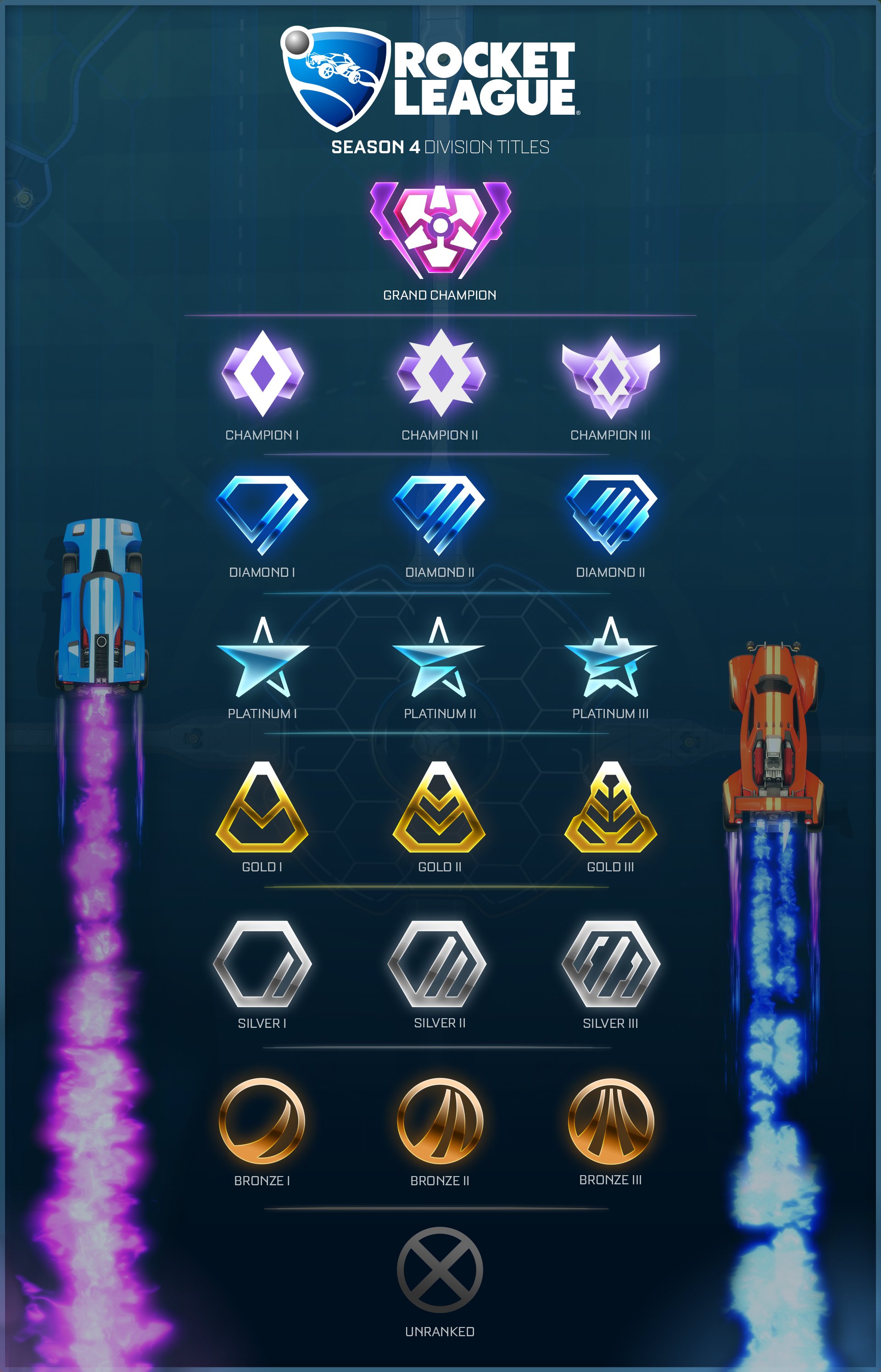 Currently, there are 15 different ranks — four Prospect ranks, four Challenger ranks, four Star ranks, and three Champion ranks. This realignment will expand that to 19, and it’ll rename everything but Champion. It seems like a savvy move to make each tier smaller because that’ll make the next tier seem more attainable. A Gold II won’t feel as far away from Platinum I as a Challenger II feels from Rising Star under season three’s system.

Psyonix says that other information about season four will be given closer to its start date. (Hopefully it includes pulling Neo Tokyo, Starbase Arc, and Wasteland from ranked play.) However, the season three rewards have been revealed and they’re wheels. Here’s what they look like:

The way season rewards work is that you’re given the item based on the highest tier you’ve ever hit, not the tier you end at. So, a Challenger Elite who got to Rising Star before being demoted will be gifted the Star wheels.

Those Champion wheels really pop, huh? More people will get them than would’ve in the past (but still hardly anybody). Thanks to a recalibration of the percentage of people in each competitive tier, 1.2 percent of competitive players are placed as Champions; before, it was a mere .125 percent of players. Maybe that’s why they look so good, because you know hardly anybody can have them.