A bit ahead of the previous early April projection

On March 22, all ranks are reset and players start anew in their pursuit of becoming a Champion. The road will look significantly different this time, though. As Psyonix detailed in January, it’s doing away with the Prospect/Challenger/Blue Star/Champion model in favor of these new ranks: 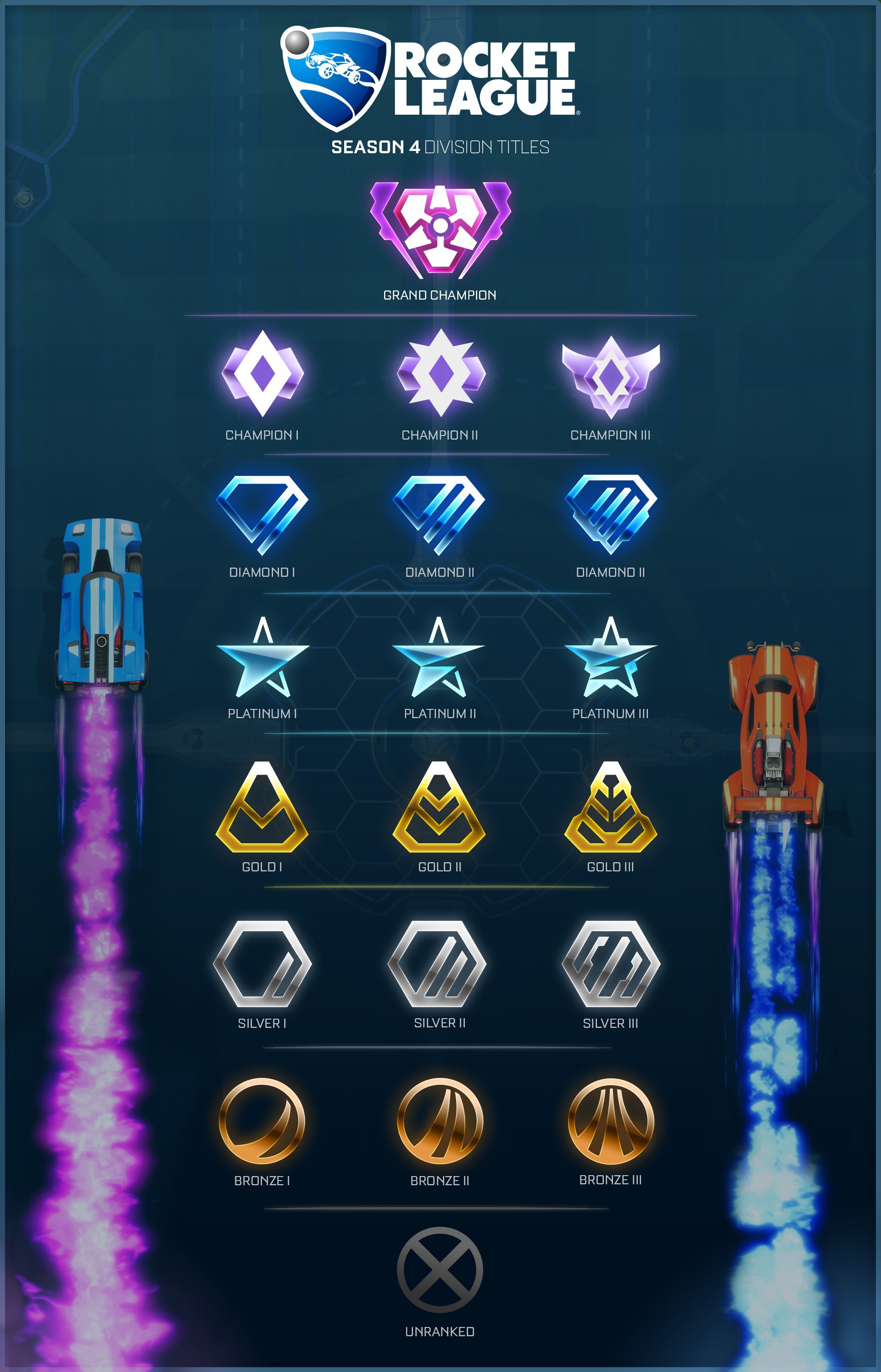 And, with the end of Season 3, players can expect their rewards to go out on March 22. It was crowns and boost trails in the past; this time it’s wheels (and pretty damn flashy ones if you’re good enough). Here’s what those look like:

The way rewards work is that you’ll get the wheels for the highest rank you hit in any game mode, not where you ended the season. So, you’ll get the blue wheels if you played even one game as a Rising Star before falling and spending the rest of your time in the Challenger bracket.

If you’ve got your sights set on some of these wheels, it’s time to buckle down and really get serious. There are only nine days left before Season 4 starts. Then, everyone’s unranked and for a brief but beautiful time, you have the exact same rank as the likes of Kronovi and Lachinio. You’re all just circles with an X through them as you play through your placement matches.