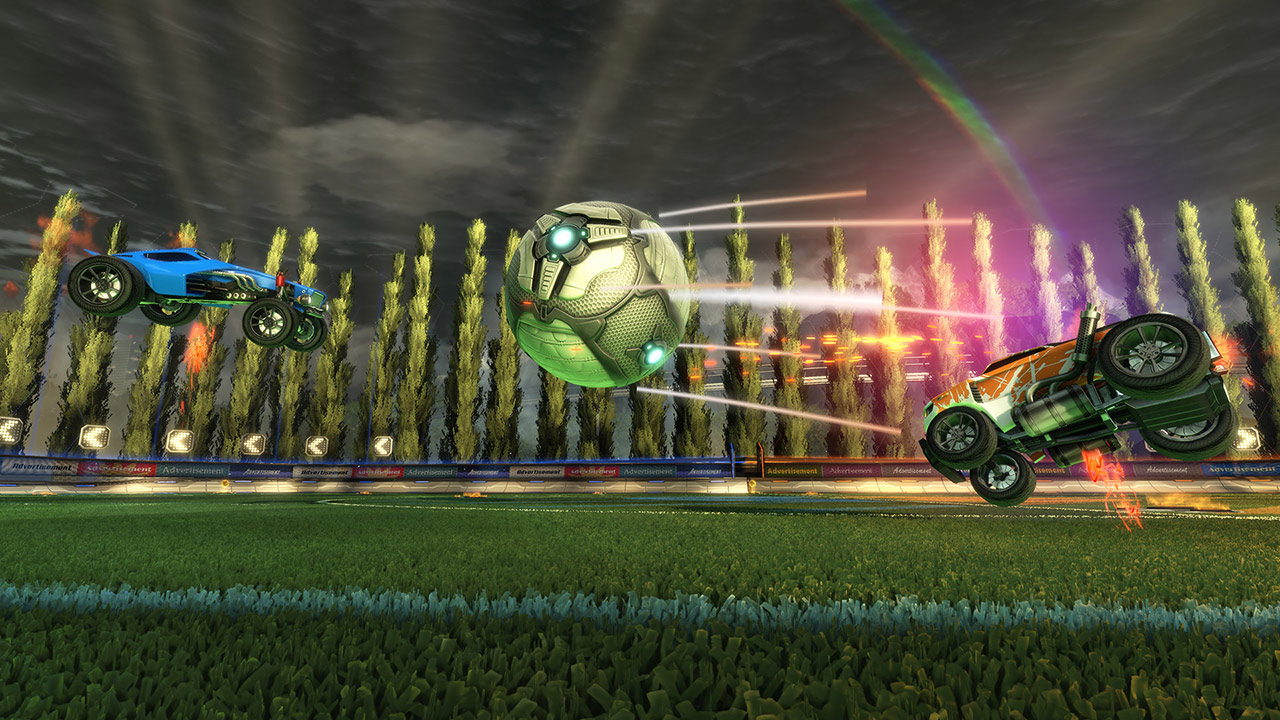 Ceiling reset shots are a thing at the World Championship! #RLCSWChttps://t.co/PpKjSDFoZt pic.twitter.com/nT9jUPckYQ

The Season 4 World Championship of RLCS is nearly over, and some of the best was saved for the last. In the lower bracket finals, Cloud9 player Squishy hit this absolutely nutty shot.

The reason this looks so insane is because his flip comes at the very end of the play. Normally, players jump into the air and then they have a short window to use their second flick. If they don’t use it by then, it simply goes away. (However, if you land all four wheels on the ball while it’s in the air, you get a flip reset and can flip again.)

But, if you fall off the ceiling, you keep your flip the entire time because it was never used. That’s what Squishy did here. He boosted down while controlling the ball, and then front flipped at the very end to lift the ball up and over the netminder. It’s quite possibly the best shot in the history of the tournament.

As incredible as it was, Cloud9 still fell short in the series and was defeated in six games by Method. The Grand Finals are taking place right now between Gale Force Esports and Method. You can watch it here. If Gale Force wins, they’re champions. If Method wins, the bracket resets and they play a second best-of-seven series. Perfect opportunity for high drama.