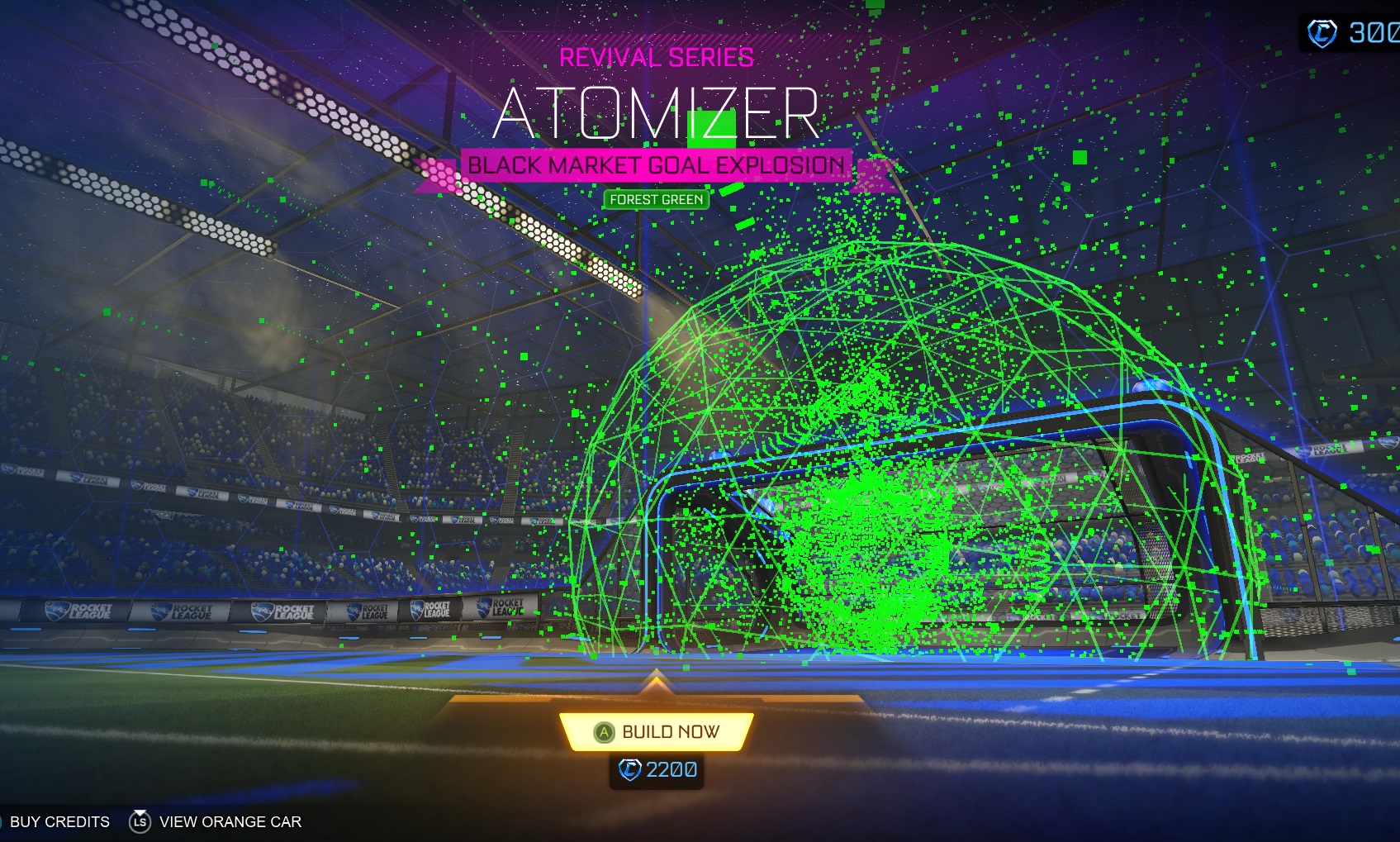 Halving prices across the board

Psyonix has had a week. Last Wednesday, December 4, Rocket League received an update that did away with the blind crate (loot box) microtransaction system, in favor of a new blueprint setup that told players exactly what they were getting before paying. Additionally, an item shop was added that has a revolving offering of cosmetics.

It went over about as well as a lead balloon. In the past week, Psyonix has been absolutely bombarded with derisive comments about blueprints. From pros to streamers/YouTubers to the Rocket League community — nearly everyone hated how this new system works.

The primary complaint isn’t too tough to get behind: Everything is just too expensive. The item shop debuted with a pair of exotic wheels, Infiniums, that cost about $14; before the update, Infiniums were trading for approximately $2. Blueprints completely ignored the in-game economy that players had used as a framework for three years. It was a bizarro version of supply and demand where everything cost way more than anyone wanted to pay. It led to tweets like this:

But, by the hand of Psyonix, the market has been corrected — at least to some extent. Psyonix has walked back the prices of everything, going so far as to halve the original costs. Here’s the new breakdown (assume that 100 credits equals $1, even though that’s not strictly true because buying bigger credit packs come with the perk of minimal additional credits):

So, now Infiniums cost either $7 or $8. It’s still not in-line with their previous value but it’s a lot less flagrant. Also, under the crate system, exotics would pop up 4 percent of the time, meaning odds suggest you’d have to spend an average of $25 to get them. There are pros and cons, but at least now the cons won’t so heavily outweigh the pros.

And, anyone who spent money while the rest of the community was in an uproar, they’ll get a refund. They’re being reimbursed the credit difference between the old price and the new price.

All of this should bring the Rocket League player base closer to stable and content. Yet again, voting with your wallet — and with a million snarky tweets — pays off.