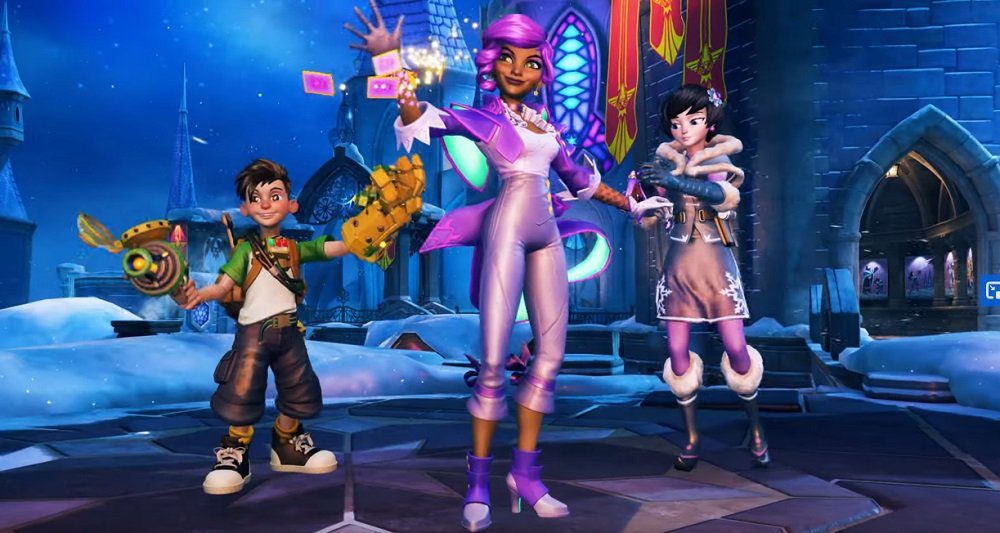 Electronic Arts has released a new trailer for its upcoming arena shooter Rocket Arena, which was first revealed during the EA Play presentation last month. Developed by First Strike Games, Rocket Arena is a hero-based shooter where each character is kitted out with particularly explosive firepower.

The new video introduces us to the world of “Crater,” the battleground in which players will face off in bombastic three-on-three combat. Crater features a wide variety of maps, ranging from the archaeological dig-site Stompy’s Refuge and the sky-high Golden Zephyr, to the gothic snows of Icefall Keep and the aqua-world known as the Shimmering Depths. Take a tour of this colourful kingdom in the near three-minute preview below.

As an interesting aside, it has been noted that Rocket Arena‘s lore is penned by Len Uhley, who was the co-writer of Disney’s hit show, TaleSpin. For those of you too young to remember, TaleSpin was a series that looked at Disney’s 1967 film The Jungle Book and asked the natural question “What if Baloo ran an air-freight company and Shere Khan was a monopoly-owning capitalist?” Uhley has also contributed to other animated shows such as Darkwing Duck, Chip ‘n’ Dale: Rescue Rangers, and DuckTales.

Rocket Arena launches on PS4, PC, and Xbox One on July 14 and features cross-play support across all platforms.