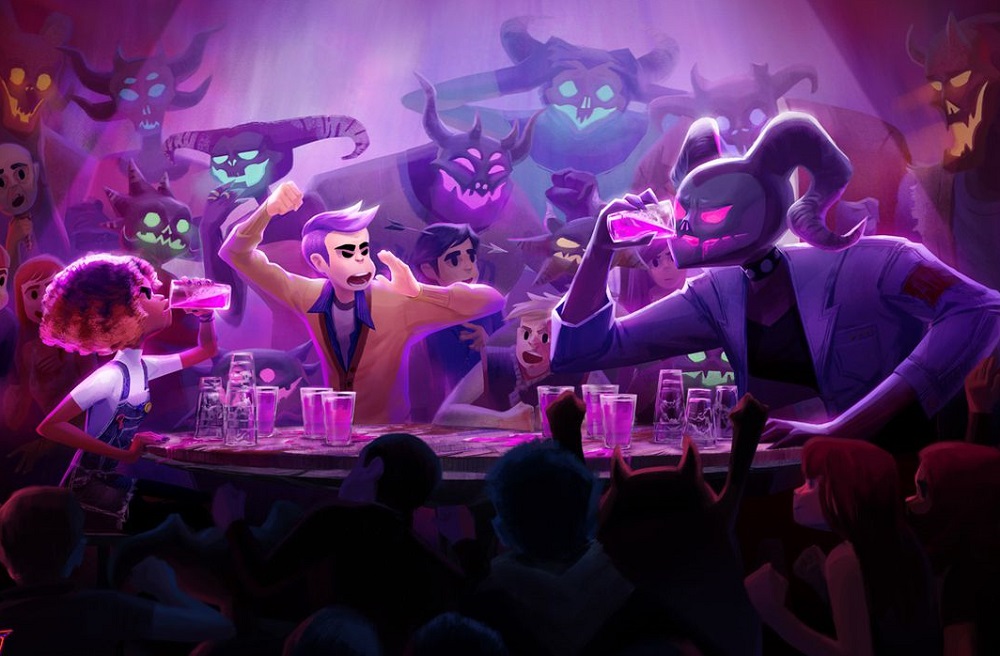 Indie-outfit Night School Studios, renown for existential mystery game Oxenfree, have released a trailer for their next mind-warping adventure, Afterparty. A story of two friends who must escape hell through the strategic consumption of alcohol.

After Milo and Lola find themselves trapped in hell after a premature demise, the besties ascertain that their only way out of the underworld is to schmooze and booze their way through Satan and his minions. Thus, the player guides the two pals through a riotous night out involving karaoke, bar games, tipsy psychology and drinking… lots of drinking.

I really like the neon visuals, and the delivery of dialect through social media style thought-bubbles. The audible vocal style isn’t quite as magnetic for me, personally, but I really dig the vibes given off from this trailer. It looks like a unique title, worth keeping an eye on.

There’s a bit of a wait however, as the Afterparty doesn’t begin until sometime in 2019.