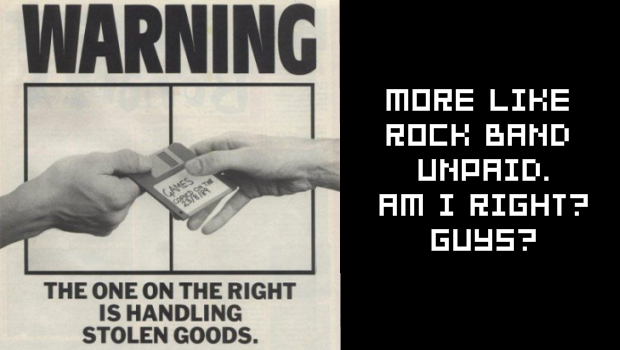 The poor PlayStation Portable. It just can’t catch a break — well other than that redesign everyone is buzzing about. It’s like the little engine that could, but it can’t quite make it to the top of that hill, even when it’s so close.

Well someone just added another cart to the load the PSP is carrying. Rock Band Unplugged, a game that will move units without a doubt, has leaked on the net. Reports say it’s the full thing and there is an option for downloadable music, though it isn’t active yet obviously.

The game is available at all the normal haunts that leaked games show up at, and Destructoid urges you not to download it at all. You can watch the leaked video of the game below, realize you want the game and then go out and download the damn thing for money when it gets released. Harmonix needs the support people, not a game that won’t sell because everyone already downloaded it.

Coming out on the side of the developer sounds pretty lame, but what has Harmonix ever done to you? Oh, that’s right they’ve delivered continuously great music games that push the boundaries of their own great design with every iteration. Those assholes.