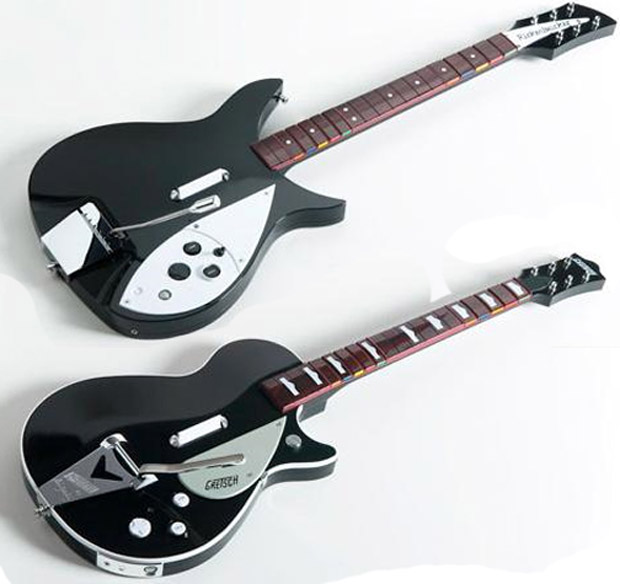 The Rickenbacker 325 and Gretsch Duo Jet guitars were the axes of Beatles John Lennon and George Harrison. Now they can be your main wireless axe for $99.99, fitting perfectly alongside Paul’s previously announced Höfner bass controller and Ringo’s Ludwig drums. All of these controllers will be available for the Xbox 360, PS3, and Wii, and all will work with the other Rock Band titles.

The Beatles: Rock Band Pre-Order Club works like this: Pre-order the game and get an access code for the club. After registering, you’ll get behind-the-scenes views and news updates on the game. Participating retailers are listed on the official webpage.