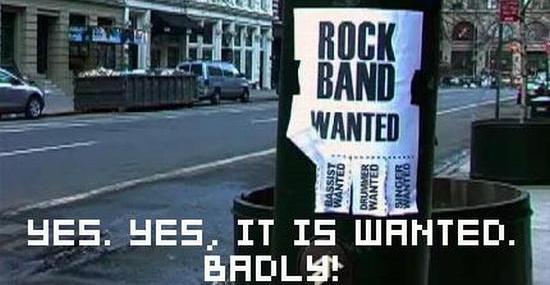 So, yesterday Rock Band was finally released in Canada, due to the fact Electronic Arts and Harmonix had to push our release date back twice. [Editor’s note: Harmonix has insisted that initial announced North American date didn’t apply to Canada to begin with.] They didn’t have enough units to cover even the U.S. launch, so they pushed our launch date back in hopes they could handle the U.S. demand at first.

But yesterday when I unloaded those puppies from our truck at work (Toys ‘R’ Us), I was greeted by only eight copies of the game; four kits for the Xbox 360, and four kits for the PlayStation 3. We didn’t even know if we were getting any units to begin with, but receiving just 8 was disappointing.

Apparently my work wasn’t the only store to have problems. EB Games stores expected shipments to arrive on Thursday but didn’t even know how many they were going to receive, Best Buy and Future Shop stores were telling customers that the game was due out on December 28th and one local St. Catharines store, Entertainment Overload was forced to buy units from the United States just to get some in stock for the Canadian release date.

One store in Calgary called Play Me was trying to sell 50 early copies of Rock Band that they had purchased in the United States for $800 buck a pop. They recently lowered the price to $500 when the game wasn’t flying off the shelves.

Retailers are blaming EA for the lack of units and the lack of knowledge about the game’s pricing and release date. I’m just annoyed that I couldn’t buy one.

Thanks Scotty G for reminding me to post about this and to Jim Squires from BBPS.com for the local info.

[Via Game|Life and Monster and Critics]