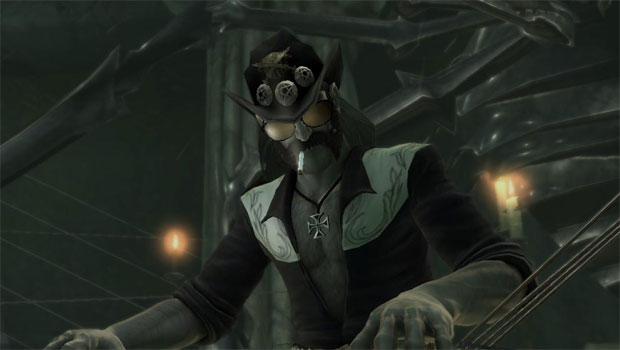 If you were wondering what you’d be doing until the Queen 10-pack for Rock Band dropped in two weeks, here’s your answer — rocking the f*ck out.
Next week brings the “Brutal Legend Pack,” which features three totally metal songs ripped straight from Double Fine’s game, which ships next week. In the pack: Motorhead’s “(We Are) The Road Crew ’08,” Tenacious D’s “The Metal,” and Testament’s “More Than Meets the Eye.”
“I’ve air-drummed to all of them so many times,” Double Fine’s Tim Schafer said about the songs by way of a press release, “I’m sure I’ll be able to beat them on hard mode, no problem. Or at least on medium. Like medium plus. That’s a setting, right?”
Also hitting next week are tracks from Blink-182, Joe Satriani, Black Tide, Kansas, and L7. Hit the jump for the details.