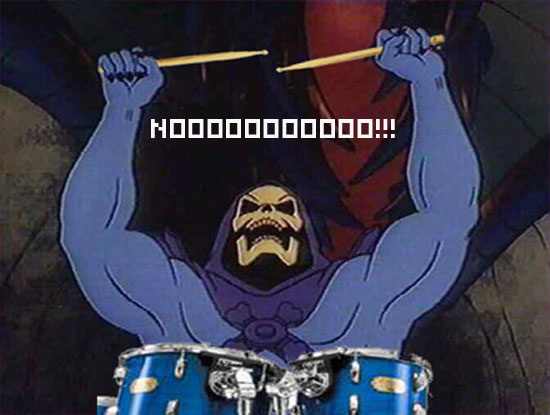 In a recent fiscal second quarter call to investors, Electronic Arts CEO John Riccitiello admitted that he did not feel Harmonix would be able to meet stock demand for Harmonix’s Rock Band throughout the year end. The quotes go a little something like this:

“We won’t be able to put up enough inventory to meet the demand of this fiscal or calendar year.”

“On the 19th of November I would get in line outside your favorite retailer, because we’ve got one hot product, we have a lot of inventory coming — and my expectation is that it will sell through,” he said, adding that the subsequent European launch at the end of Q4 is anticipated to be “similarly strong.”

This shouldn’t be problematic for those of you who will be waiting in line on day one, but if you thought you’d snag one later down the line, you might want to rethink that strategy. Of course, this is merely an estimation on EA’s part, but the level of ravenous anticipation for Rock Band will very likely render John’s words true before we know it.

Word is, Nintendo won’t have enough Wiis for the holidays either. Is it really true, or just a ploy to make product appear more desirable by producing less of it? I’d say so if either of these products had a lesser market status, but considering the popularity of both, it’s likely just the sad truth: Companies didn’t pump out enough to meet crazy high demand. Time to hire some underage Malaysian children!