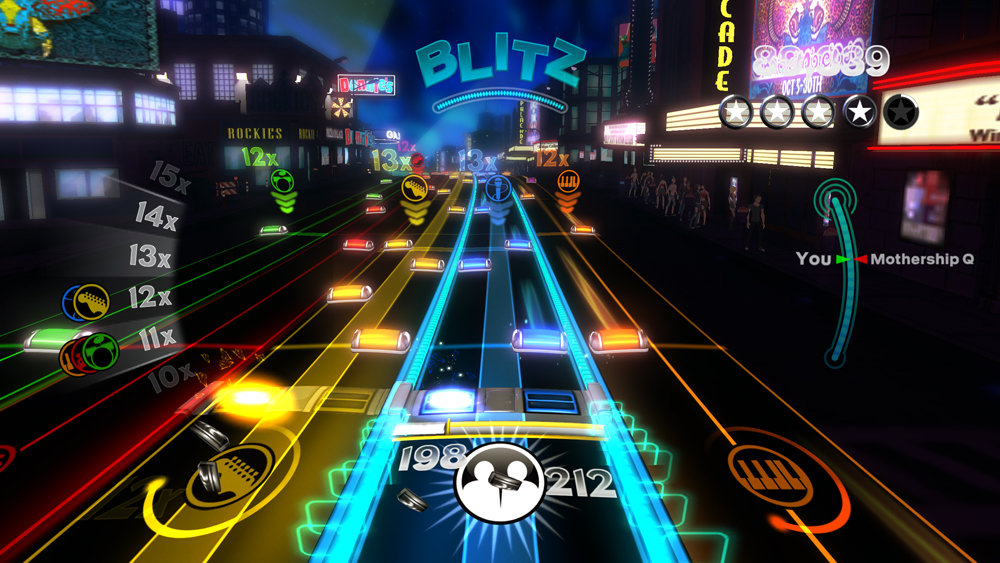 On (or before) August 28, Rock Band Blitz will be leaving digital marketplaces for good Harmonix announced today. While not specifically mentioned, this is probably due to music licenses expiring. Blitz launched five years ago and record companies love to be greedy and not sign life long contracts.

If you’re wondering about the songs that were exclusive to Blitz, then you don’t really have anything to fear. The entire soundtrack was eventually released as standalone DLC for use in Rock Band 3 and 4, though obviously grabbing Blitz for export would be cheaper than buying 25 songs. I guess use this as your final chance to potentially get some songs on the cheap.

While I was intrigued by the idea of Blitz for allowing gameplay without instruments, the track list basically did nothing for me. I wasn’t keen on how a couple of songs from Rock Band 2 that didn’t import out were included and the only other song I cared about was Iron Maiden’s “The Wicker Man.” You could use your previous DLC, though, so I should have just bought the damn game.

Also, Harmonix does mention that the title will not be getting backwards compatibility support on Xbox One. If you were planning on nabbing the game to try on your newer hardware, then put that thought out of your mind. Seems like a real shame, since most people never even knew this existed.