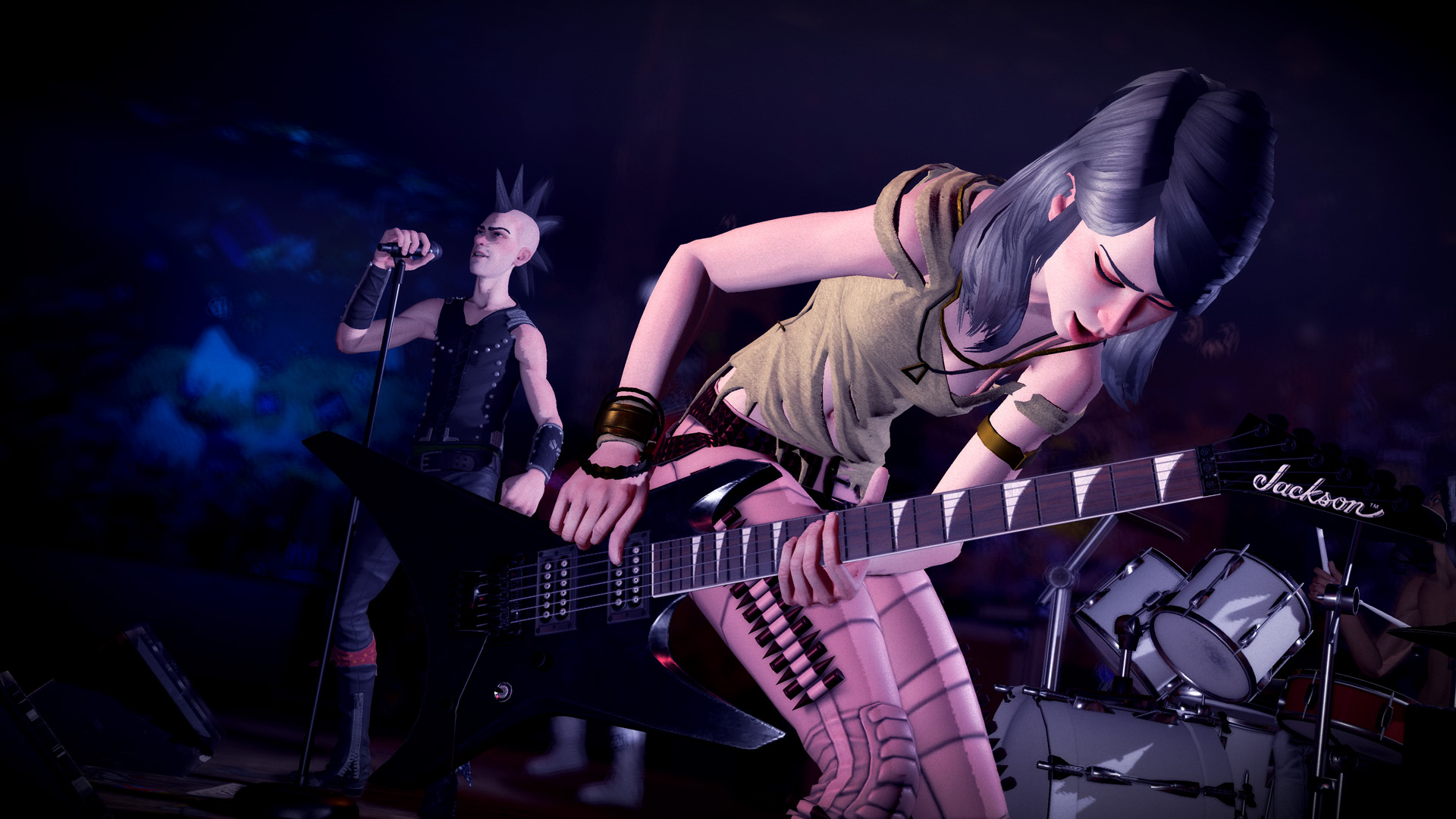 Rock Band 4 released three years ago as of October 6, and Harmonix is celebrating in style by adding some new style.

Today, there’s an update that introduces track skins — a little quality of life thing that switches up the visuals while you stare at the continuous onslaught of notes. Previously, Rock Band 4 had a black(ish) note highway with some light design work. Now, players will be able to pick from a bunch of different options to semi-customize the look of their track. This GIF shows what some of them look like:

Harmonix says that 27 tracks skins will be available today, but more will be released in the future. The update is scheduled to go live at 12pm Pacific. Here’s the full list of changes with today’s three-year anniversary patch: