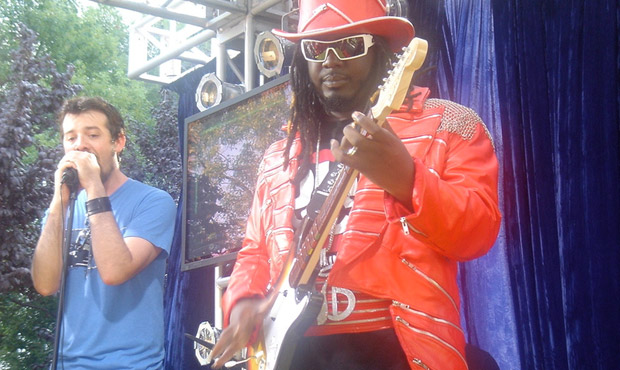 Speaking to the Chicago Tribune, Dhani Harrison has gone on the record to say that Rock Band 3 not only exists in some form, but that it’s going to rock our worlds with hefty educational value.

“I’m working on Rock Band 3 and making the controllers more real so people can actually learn how to play music while playing the game. Give me a couple years, it’s going to happen.”

Could Harmonix be taking us closer to this direction for the next rhythm game? Could be, if Harrison is to be believed. Considering his fairly recent and extensive involvement with The Beatles: Rock Band, I think he could be on to something here.

Or, by the time Rock Band 3 does see the light of day, what he’s referring to now may have been scrapped altogether. We’ll just have to wait and see, now won’t we?