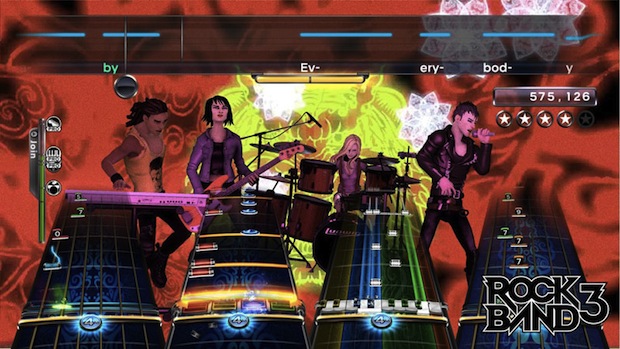 Rock Band 3 is now available on Xbox Live Games On Demand for Xbox 360. It’s available right now on Xbox Live for only $19.99, says Harmonix. That low entry price is so that you can buy a bunch of songs from the mountain of available choices to make your own playlists. New songs are added every week.

Super hardcore Rock Band 3 fans, it might be worth your $20 to get this digital download. Imagine never having to put the game disc in your Xbox 360 ever again. RB3 will always be at the ready, waiting for your single button press.