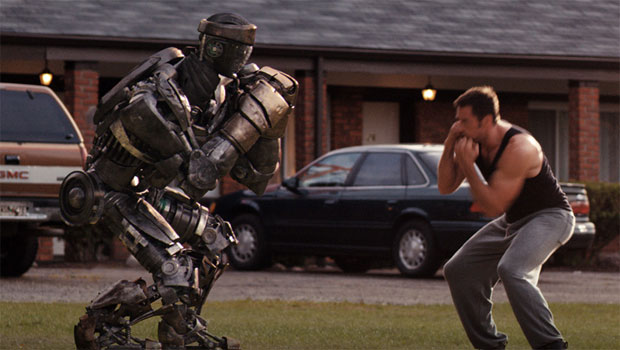 The first time I saw the trailer for the upcoming film, Reel Steel, I was in a public theater. It was probably inappropriate for me to laugh out our at it, but there I was, cackling uncontrollably.

The premise: an ex-fighter (Hugh Jackman) trains a robot to fight other robots in an effort to mend a broken relationship with his son. Or at least that’s what I got from it; I was kind of too busy laughing to pay attention to the details. It’s like live action Rock ‘Em, Sock ‘Em Robots. And it’s hilarious.

Well now there’s a game coming out, says Siliconera. It’s in development by Yuke’s of Rumble Roses and yearly WWE game iterations for THQ fame. The Real Steel title will be a downloadable game for Xbox Live Arcade and PlayStation Network, and will run you around $15.