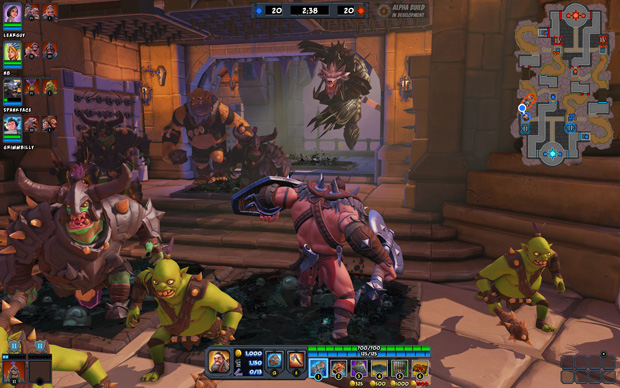 Ahead of PAX East, Robot Entertainment has announced Orcs Must Die! Unchained and it sounds like the next logical step for the series. Players will control the forces on both sides, meaning you’ll have to attack the other team’s base while setting up defenses of your own.

There are going to be dozens of heroes beyond the familiar War Mage and Sorceress, and customization — hero upgrades, weapons, traps, and minions — is handled through cards. Every player begins with a deck of five “starter heroes” but there are Founder’s Packs available for purchase now that grant extras as well as in-game gold and beta/alpha access.

I’m wondering if Unchained will be positioned as a free-to-play game considering all the pieces are in place. For a multiplayer-centric game, Robot Entertainment is going to want a large player base and that’s one way to make that happen. I’m loving the boost in visual fidelity — consider me tentatively excited until we hear more specifics about the pricing model.