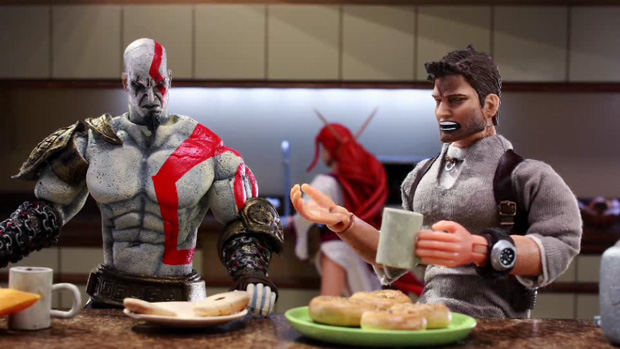 I enjoyed watching Robot Chicken on Adult Swim back in college, but it never felt like it had true staying power. Why new episodes are still being made, I have no clue. Then again, this is the same network that is still churning out Aqua Something You Know Whatever — which is seriously what that show is being called now.

As one of the co-producers for Robot Chicken, Sony probably had no trouble knocking on Seth Green’s door and saying, “Hey, you and your crew are going to make a PlayStation All-Stars Battle Royale commercial, pronto.” Here’s the end result. Is it entertaining? Eh.